All About Supply Chain 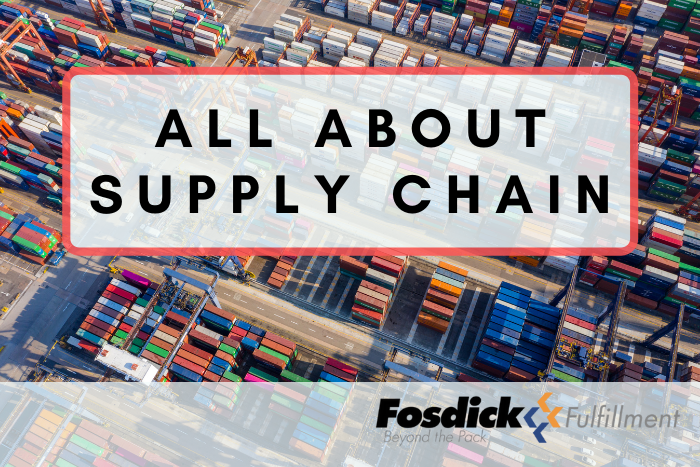 Raising interest rates now would dampen the demand that propelled the globe out of recession last year. However, if central banks remain cautious and the supply constraint persists, forecasts of rising inflation may become entrenched. In the United Kingdom, where inflation is expected to exceed the Bank of England’s goal this year, Governor Andrew Bailey believes the central bank will “had to intervene.” The Federal Reserve is planning to reduce its monthly asset-buying program of $120 billion. The central bank maintains its assessment that rising inflation is mostly due to transitory reasons.

Greg Peters, head of PGIM Fixed Income’s multi-sector and strategy, questioned what the Fed might do to counteract an increase in inflation caused by a pandemic-related disruption of supply chains. If the combination of robust demand and delayed delivery persists, central banks may be obliged to make “an abrupt move in policy sometime later.” According to the International Monetary Fund, industrialized nations’ inflationary pressures will generally subside next year. People’s Bank of China Governor Yi Gang predicts that producer-price inflation would begin to decline by the end of this year. Royal Philips NV cut its growth and profits forecasts as a result of a semiconductor scarcity. It’s a tactic to “purchase time to get to the other side” and “hope that the present supply-induced increases in both goods and energy prices lessen by the time we reach early 2022,” he said.

Logistics and warehouse managers are finding their just-in-time supply chains and parcel shipping plans stymied by a slew of circumstances, many of which are outside their immediate control. “It’s going to be more than the normal Black Friday shambles,” says RK Logistics Group president Rock Magnan. According to one FedEx estimate, the industry benchmark of 100 million parcel parcels every day, which was previously predicted in 2026, has already arrived. Shippers and third-party logistics providers (3PLs) must be more innovative, nimble, and adaptable than ever before, according to Dick Metzler, CEO of regional parcel carrier Lone Star Overnight (LSO). “Plans and solutions needed to be in place a month ago” to have some relative guarantee of parcel capacity, he says.

According to Dick Metzler, chief executive officer of Austin, Texas-based Lone Star Overnight (LSO), a regional parcel carrier servicing Texas, Oklahoma, and sections of Arkansas, the continued boom in e-commerce demonstrates how profoundly, swiftly, and permanently consumer purchasing patterns have changed. Some manufacturers are stockpiling more items in advance at shops such as The Home Depot, Walmart, and Lowes. “If you haven’t already done [your peak season planning] and acquired capacity, you’re too late,” says John Janson of SanMar. Magnan: During peak season, the parcel express business will be unable to handle 4.5 million shipments per day. Janson has long advocated for the notion of being a “shipper of choice,” cooperating with carriers to make his freight as efficient as feasible.

FedEx aims to “significantly enhance capacity for this peak” in the domestic parcel market in the United States. Shippers began approaching him in March to arrange for peak season. “Having flexibility for providers to pick up merchandise during off-peak hours or on weekends is becoming more useful,” says shipper Dinneen. According to Jason Shaw of Ryder System, “the most effective action [shippers] can do is to give openness with [their] parcel provider portfolio.” According to Scott Lord, president of 3PL AFS Logistics, the ocean says the equivalent of 7 million boxes each day.

“Our inventory-to-sales ratios remain at record lows,” says Lord. Shippers should also analyze their packaging to see whether it causes manual handling concerns across a carrier’s network.” Bart De Muynck, Gartner: These companies have the ability to cooperate with other shippers, share available capacity, and ship or cross-dock together. These digital systems may increase efficiency and improve parcel volume optimization, which benefits both the shipper and the carrier. Understanding the effect of shipping choices on sustainability is the next area where technology will aid in influencing shipper behavior. According to Bart De Muynck, vice president of supply chain research at Gartner Inc., companies that handle peak season the best have deliberately invested in supporting technology such as dynamic rate shopping, multicarrier parcel management, and visibility platforms.

Owning the supply chain – INSIDE LOGISTICS

Canadian Tire spent $40 million in Ashcroft Terminals, a private rail port in British Columbia’s interior, around 300 kilometers from the Port of Vancouver. The Canadian Tire agreement does not provide Canadian Tire exclusive access to the facility, but it does guarantee capacity, ensuring that import containers are not held up in Vancouver. Gary Fast, Canadian Tire’s vice-president of transportation, describes how and why the company is gaining control of additional links in the supply chain. Canadian Tire is the 14th biggest importer of containerized products into North America. According to CEO Jim Fast, in order to obtain capacity, the company must “punch above our weight class.”

Right now, chartering the vessel addresses the capacity issue, and “it enables me to operate a charter year-round lop off my peaks,” he says. The company also benefits from being associated with a “global juggernaut that provides you access right down to your vendor base in Asia, and so you’re gaining greater visibility in your supply chain.” The first vessel arrived in Vancouver in mid-September and unloaded around 1,100 sea cans of goods.

Inspector Management is the most in-demand technical skill, followed by “best practice,” project management, and risk management. Inventory skills should be used to offer feedback for policy and planning frameworks in senior roles. Much of the information and skills are acquired “on the job,” and hence are dependent on the capabilities of specific employers. When hiring candidates for senior roles throughout the area, the executives saw a dearth of both technical and soft skills. This might be attributed to the structure of degree and diploma programs connected to the disciplines, the amount of individuals working in supply chains with degrees from other disciplines, and the restricted choice of ‘upskill’ courses available.

A senior executive in the supply chain must be well-versed in policy choices that affect the volume of inventory necessary to sustain the company. Postponing (if feasible) at phases in the production/assembly process prior to items becoming market or client specific. Rationalizing the “long tail” of low-selling SKUs, since this will generate objections from Marketing and Design, and planning each supply chain based on inventory flows, unpredictability, and marketing and sales methods. When deploying computer programs for supply chains or developing new warehouses and distribution centers, project management skills come to the fore. Risk management is the fourth skill on the list; detecting and managing risk is an important responsibility for a senior executive.

Rather than best practice, it is better for a person to understand how the ‘proper practice’ should be discovered and applied for a firm. Aside from communication and teamwork skills, an additional skill is the capacity to’sell’ to the business’s senior team. For example, Finance, which has a lot of clout in decision-making, sees inventory as a waste and an expense that should be avoided. It is a big challenge for supply chain specialists to overcome this ‘cost-cutting’ mindset. A recruitment business has published a current summary of senior supply chain roles in the Asia Pacific area.

Flexport, a freight forwarder, discovered that transportation companies were not prepared to cope with the shifting direction of imports. The selection illustrated how shippers attempt to circumvent congestion at key gateways by moving cargo via secondary ports. Smaller ports lack the dock staff, trucks, and storage space to manage a significant increase in cargo volumes. The Logistics Report

The Port of Portland, Ore., has regained certain operations and charters. The Port of Hueneme, best known as an import gateway for Del Monte bananas, expects its first chartered container ship to arrive in November. Ports on the East Coast, such as Baltimore and Port Tampa Bay, Fla., are likewise touting congestion-free operations. According to Rachel Rowell, a spokesperson for freight intermediary C.H. Robinson Worldwide Inc., shifting the flow of products necessitates container availability, vessel space, truck capacity, and equipment such as the chassis that connects to trucks to enable them to transport containers.

Shifting whole chains is a more difficult task than shifting which street a taxi travels. Seko Logistics hired ships to Portland, Oregon, and Jacksonville, Florida, for disgruntled importers. ITS Logistics relocated trucks from Jacksonville to Charleston, South Carolina, to avoid the Port of Savannah. Shipping prices have risen to $20,000 per package as a result of the initiatives.

Behind the Scenes: Exploring the Mars Candy Supply Chain – THOMASNET

Mars Inc.’s Mars Wrigley Confectionery U.S. branch is presently the world’s biggest candy company, with $20 billion in net sales in 2020. Maintaining a competitive edge is critical to distinguishing out from the confectionery competition, which Mars has done continuously for almost a century. Innovative supply chain and logistics initiatives have played a significant role in Mars’ ability to stay ahead of the consumer curve. Addressing Consumer Health

Mars has been attempting to entirely revamp its logistics department in light of the anticipated development of the confectionery business. The Future of the Mars Supply Chain

Using corporate social responsibility and savvy marketing methods, the confectionery giant reduced the serving sizes of many of its chocolate bar products. Sustainability

The “Cocoa for Generations” program includes the use of GPS technology to assure that every cocoa used by the company is sourced responsibly from well-managed trees. Mars says that under this initiative, which is expected to cost $1 billion over 10 years, all of its cocoa will be sourced responsibly by 2025.