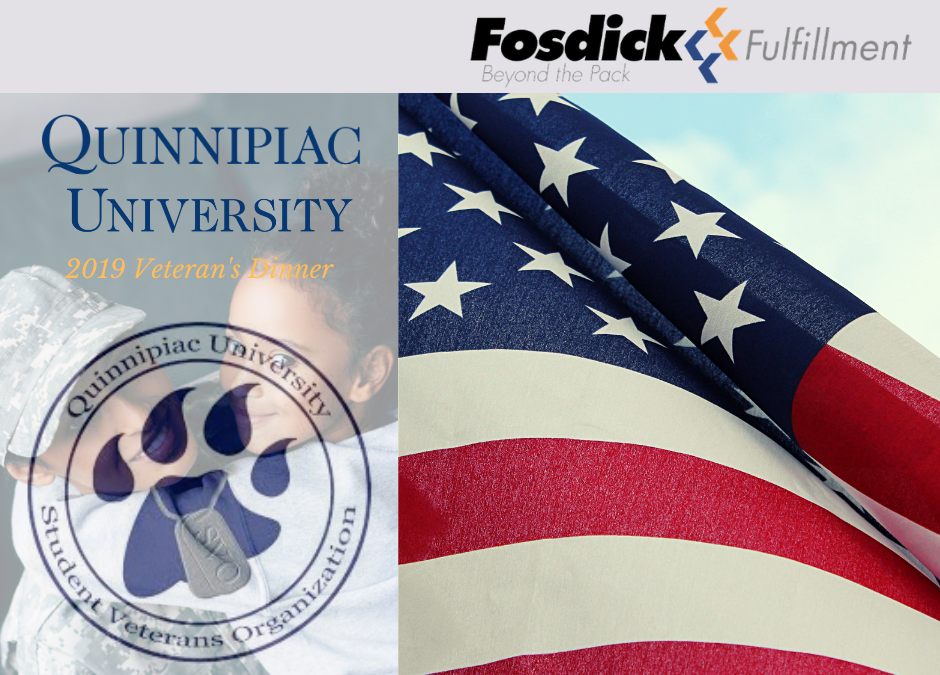 Before his tenure at Fosdick Fulfillment Corporation began, our late President and CEO, Bill Pappas served as a Specialist 4 Legal Clerk during the Vietnam War. Throughout his career, Bill consistently drew on lessons in discipline and leadership gained as a member of the armed forces. It is for this reason that he was so passionate about supporting veteran causes.

In honor of Bill’s memory, of all who have defended our freedom, Fosdick is proud to sponsor the annual Quinnipiac Veteran’s dinner for the 4th consecutive year.

Quinnipiac was recently voted the #1 school for service members in CT and #10 nationally by the Military Times. Fosdick’s sponsorship is just one small act of support for those who have given our country so much.