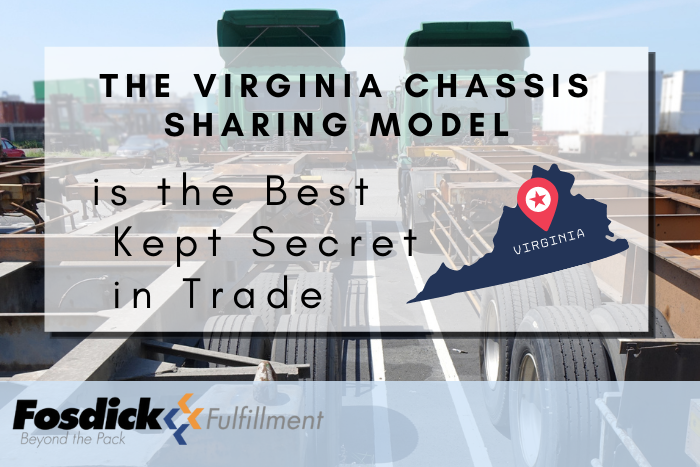 We are all aware of port congestion in the ports of LA and Long Beach – the ones that accept the vast majority of Asian trade and roughly 36% of all other US imports. We have also all read and re-read how much carrier traffic on the West Coast has impacted what has become a now painstakingly slow supply chain.

What some of us may also be aware of is the fact that much of the problem in LA and Long Beach is attributed to an inability to efficiently unload ships – not necessarily an uptick in import volume.

And here’s the part that has been severely underreported and which many of us are likely just learning: that once ships finally get their chance to dock – sometimes after many days idling off the coast – they are generally ready to go. So are the longshoremen, the labor force at the ports tasked with loading and unloading. The issue is generally trucking, and more specifically, a shortage of chassis.

Now certainly the independent variable in the equation is in fact trade volume. More “stuff” started coming in due to a surge in eCommerce sales attributed to the pandemic and subsequent lockdowns. When brick and mortar retail locations closed, even the most tech-averse shoppers were forced to get the things they needed online.

That said, it isn’t necessarily that there are more ships and containers than chassis to carry them. Instead, what it comes down to is the way trucking functions in California, and really almost everywhere in North America, and the industry’s inability/unwillingness to adjust to more demand 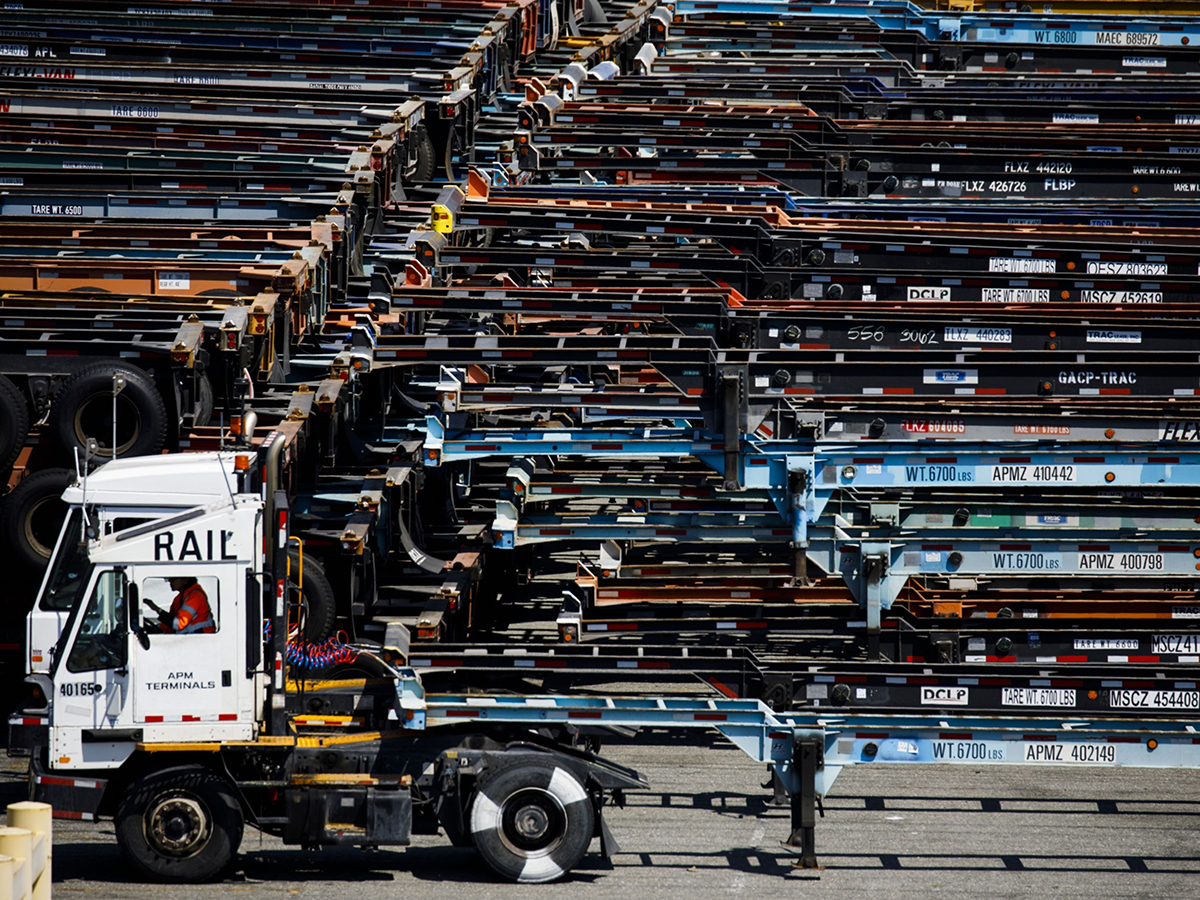 A chassis is like a flatbed with wheels. It’s like the skeleton of a truck. But it’s what makes a container mobile. So once a ship docks, a container is loaded onto a chassis.

The chassis that work specifically out of the ports do so because they are either owned by or in partnership with the individual ocean carriers. So when one ocean carrier has a ship coming in and it doesn’t have enough chassis, its containers kind of just have to wait, stacked up at the port.

At the same time, another company could very well have available chassis sitting at the port, waiting for their own carrier two ships back in the queue.

Because again, chassis are dedicated to their companies, and companies sort of hoard them, even when another company’s carrier ship is sitting at port fully loaded. That ship is unable to move on until it can reallocate its own chassis back to the port to unload. Meanwhile, dockworkers spend their shift looking out across the port at hundreds of empty chassis – all the wrong chassis. And so they wait.

But what if there was an alternate model for the way carriers and trucking companies worked together – something that accounted for the numbers and distributed trucks accordingly? Surely, even the most diehard capitalists and advocates of private industry could get behind a temporary setup to help weather the storm. After all, a port jammed up with idling ships hurts everyone’s bottom line, especially. those with chassis at the ready and no cargo to move.

There is one port in all of North America that operates this way, or at least similarly, and that’s Norfolk, Virginia.

Stephen Edwards is the CEO of the Port of Virginia, where chassis are less of a problem because Virginia is organized differently. It is not a landlord model like LA or Long Beach, where the terminal operators rent the space and run it themselves. Virginia the state actually owns most of its ports, and it manages all of them – six little terminals all under one company, in what people there call the Virginia model.

“We operate all the assets. We’re responsible for the management of the port,” says Edwards. “All the terminals are operated by the Port of Virginia. And our subsidiaries, they’re owned by us. The capital investments are made by us. So we have a different business model entirely.” 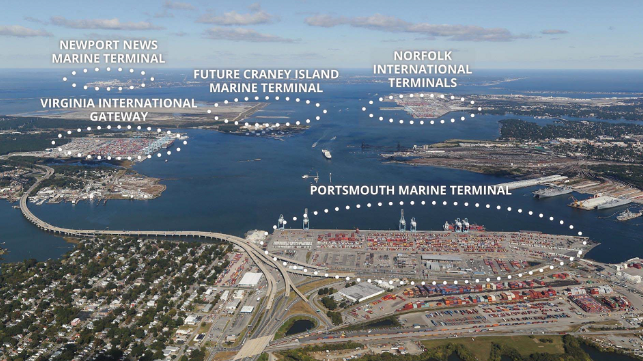 That model wasn’t always better, though. In the 90’s while LA was thriving and growing, private terminal operators were competing and investing in the ports. Meanwhile, in areas with state-owned ports that pooled chassis, it was often difficult to get taxpayers to buy in, so the ports stayed relatively small.

But then, around 2007, the Port of Virginia realized it had loaded carriers idling at the dock, chassis parked around the terminals, and no one moving. In response, Virginia decided toon to move away from the landlord model.

Since then, the model has afforded Virginia a massive tactical advantage – especially amid the current supply chain crisis. Say, one terminal is too full at LA, or another port operating under a landlord model. Moving to another terminal means renegotiating contracts he truck drivers, then longshoremen, warehouse operators, railroad companies. All that negotiation could take months. Norfolk, on the other hand, just makes the move.

The port of Virginia now owns a pool of 16,000 chassis. It leases them out for less than $10 a day and remains the only port in North America that does so. South Carolina, which is also centrally operated, has since been inspired to create its own chassis pool. Unfortunately, it is estimated that the South Carolina pool will not be ready until early 2023.