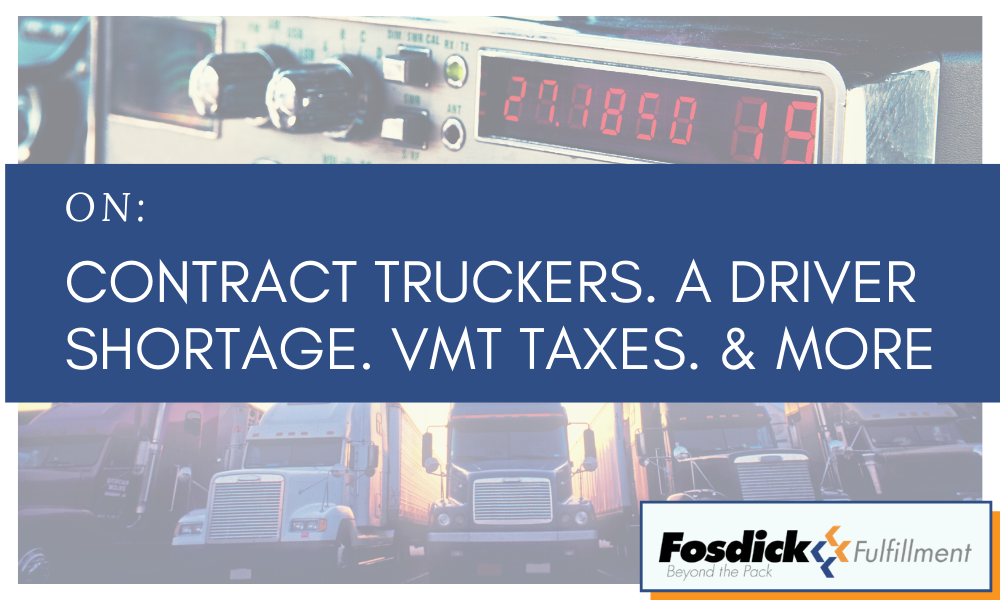 Meat lovers are paying exorbitant prices for their favorite cuts, and a looming trucker shortage is increasingly to blame, according to The Washington Post. The US Department of Agriculture claims a summer BBQ using boneless ribeye steak cost an average of $12.37 per pound last week, up from $9.75 the previous week. Meanwhile, St. Louis style spareribs cost $3.82 a pound last week, up from $2.77 the week before, according to USDA data. While the increasing price of maize feed – used to fatten livestock – has been widely reported to be behind the price increases – insiders claim a shortage of trucks is also a major reason.

“The driver shortage is pushing the entire pricing system up,” said Daniel Romanoff, president of Nebraskaland, a meat distributor in the Bronx.

Nebraskaland has taken to recruiting drivers at local gas stations, distributing leaflets that say, “ATTENTION PLEASE!” next to an image of a hand carrying a bullhorn in a desperate bid to hire drivers. The distributor also is offering a $2,000 incentive to hire warehouse workers, as well as a $2,000 referral payment to employees who bring new employees to the company.

While fears of the coronavirus keep some individuals at home, employers blame hefty unemployment benefits, including $300 weekly payments from the federal government.

“The $300 weekly unemployment checks is a terrific program for those who really need it but it is a deterrent for people to come back to the workforce,” Romanoff said.

Rising meat prices will arguably be felt most acutely by lower-income people and residents of cities far from cattle country, such as New York City. Sal Bonavita, owner of two Key Food stores in the Bronx, can attest to this, and s a result, has virtually discontinued offering rib meat, including ribeye steaks and ribs, rather than raise the price from $12 a pound to $16. Mr. Bonavita made an exception for customers who requested rib cuts over the Memorial Day weekend, but he expects to lose money on those sales because most of his customers — a diverse group of immigrants from Latin America, the Caribbean, Eastern Europe, and the Middle East — cannot afford it.

Cities far from cattle country, such as New York City, will feel the effects of the trucker shortage acutely.  Bonavita claims that the pain is especially acute for lower-income customers.”We are seeing a shift from red meat to chicken from our customers who receive federal assistance.”

According to the American Trucking Associations, the U.S. Department of Labor (DOL) has proposed a federal independent contractor rule that could lead to more opportunities for owner-operators across the trucking industry (ATA).

“The department’s proposal aims to bring clarity and consistency to the determination of who’s an independent contractor under the Fair Labor Standards Act (FLSA),” Secretary of Labor Eugene Scalia said in a statement.

The proposed rule would use a “economic reality” test to determine whether a worker is a FLSA employee or an independent contractor.

The California Trucking Association (CTA) filed the injunction motion in late 2019 and it was upheld while the Ninth Circuit Court of Appeals hears a suit filed by the International Brotherhood of Teamsters.  The CTA claims that the independent contractor law should not be enforced because it is preempted by the supremacy clause of the United States Constitution, putting the decision in direct conflict with a federal law passed by Congress in 1994 to prevent states from enacting punitive laws that affect a motor carrier’s prices, routes, and trucking industry services.

According to Scopelitis Transportation Consulting, which issued a “transportation law alert” about the proposal on Sept. 23, a court must determine whether a worker is economically dependent on an employer or is in business for himself or herself under the DOL proposal. The court would then have to  evaluate a contractor’s status based on two core factors: the nature and degree of control the worker has over the work, and the worker’s opportunity for profit or loss based on initiative and investment.

The court would then have to  evaluate a contractor’s status based on two core factors: the nature and degree of control the worker has over the work, and the worker’s opportunity for profit or loss based on initiative and investment. Scopelitis goes on: “if both core factors indicate either independent contractor status or employee status, no further inquiry would be needed under the proposed rule…In trucking’s usual and customary fact patterns, both core factors should most often point in the direction of independent contractor status.”

The proposal from the Department of Labor, according to ATA President and CEO Chris Spear, gives American workers more freedom.  “Secretary Scalia understands that many Americans choose the independent contractor model — including hundreds of thousands of owner-operators in the trucking industry — because it expands their opportunities to earn and empowers them to choose the hours and routes that suit their individual needs and lifestyle,” Spear said on Sept. 23.

“This proposal is about giving working Americans the freedom to pick the occupation and flexibility they desire, and we thank Secretary Scalia for putting it forward.”

This Notice of Proposed Rulemaking is now available for public review. Once formally published in the Federal Register, which is expected within the next week, public comments will be accepted for 30 days.

Arlington, Va. — The American Trucking Associations announced today that the 2021 National Battle of the States: Virtual Truck Driving Championships will feature the nation’s safest and most professional truck drivers.

“Our industry has braved the front-line, providing essential services and delivering goods to American households throughout the nation in the fight against COVID-19. It’s yet another reason to celebrate our industry heroes – truck drivers,” Chris Spear, President and CEO of the ATA, stated.

“The National Battle of the States: Virtual Truck Driving Championships will provide our industry an opportunity to recognize the best of the best in our industry.”

On July 31, state-level trivia contests based on Facts for Drivers, federal and state laws, state trucking history and culture will kick off the event.
This leads into the national competition, the National Battle of the States, which takes place on August 14th.

“NTDC is annually one of the highlights of the ATA calendar, and we are very happy to bring the ‘Super Bowl of Safety’ back in this virtual format,” Spear said.

Visit BattleofTheStates.trucking.org for more information on how to qualify for the National Battle of the States: Virtual Truck Driving Championships.

A commercial truck VMT fee is already levied in four states: Kentucky, New Mexico, New York, and Oregon.  At the federal level, a VMT tax on trucks could also be used to replace existing truck taxes that are credited to the Highway Trust Fund (HTF), the primary source of funding for road and bridge maintenance.

In a 2019 study, the Congressional Budget Office (CBO) identified three areas that lawmakers would need to address before implementing a federal VMT tax on trucks.  The tax base is as follows:

According to CBO, Kentucky charges a flat rate of about 3 cents per mile, while the other three charge rates that vary by truck weight, ranging from about 1 to 29 cents per mile.  Putting in place a federal VMT fee, on the other hand, “would impose greater costs on the federal government and trucking companies than increasing existing taxes,” according to the CBO study. The American Transportation Research Institute (ATRI) published a study earlier this year that put a price tag on those costs: upwards of $20 billion.

Even staunch supporters of a VMT tax, according to Spear, acknowledge that full implementation is still a decade away.

“Failure to provide interim funding for urgent surface transportation needs while these solutions are developed would be highly irresponsible.”

Despite its proposal to raise taxes to fund infrastructure, the Biden administration has publicly stated that user fees are also an option. When U.S. Rep. Doug LaMalfa, R-California, raised concerns in March at a congressional hearing that a VMT tax would disproportionately harm small truckers in his district, Secretary of Transportation Pete Buttigieg acknowledged the issue — but did not rule out the possibility of a VMT fee.

“What’s really driving this is the awareness that as vehicles become more fuel-efficient — or move off gasoline entirely — we need to make sure that if we’re on a user fee system that they’re somehow paying in,” Buttigieg testified.

“The gas tax was the simplest way to have a user fee because we used to know for a fact that the more you drove, the more gas you’d use. Now it’s not that simple. There are a lot of ways we can think about setting up [a VMT], whether it’s a rebate mechanism or a phase-in approach so that it’s not disproportionately hurting those who are already hard-hit.”