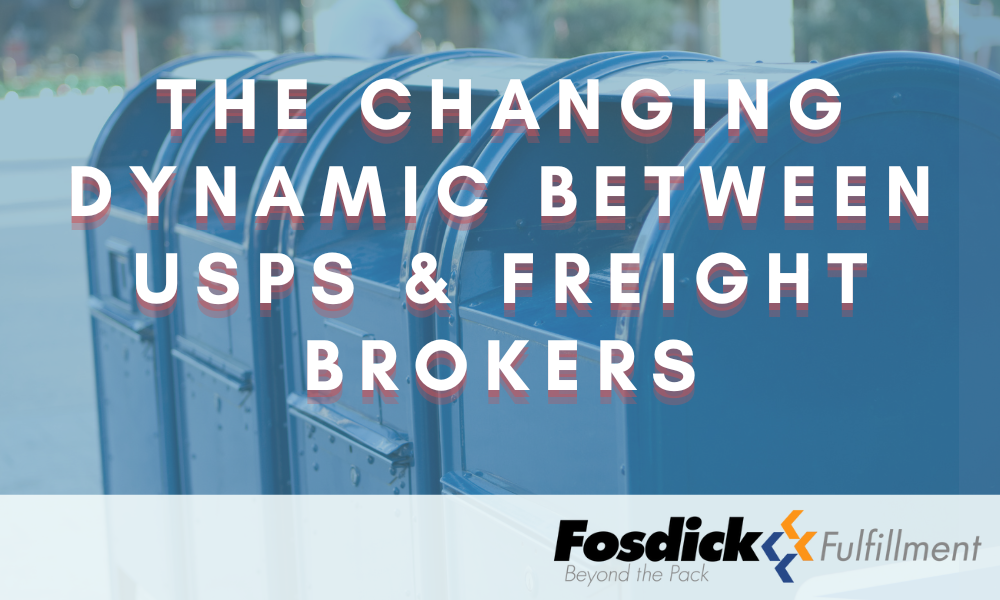 For many years, the United States Postal Service has acted as a major carrier that has somehow avoided using freight brokers. As a result, they saved a small fortune. Then, in the fiscal year 2021, the Postal Service spent close to $10 billion transporting packages and letters.

That massive spend is representative of where the post office is today in terms of its reliance on brokers. The USPS’ work with brokers has increased by multiples over the past nine years, according to a Culhane Meadows analysis of its top suppliers.

For example, in 2013, just three brokerage businesses, totaling $85 million, were among the Postal Service’s top 150 vendors. Last year, the same list included at least 11 brokerage service businesses totaling more than $620 million in expenditures. This is a far cry from how the USPS had traditionally handled trucking, working with a handful of dedicated trucking companies with whom the post office had developed long-standing agreements.

So why the sudden change?

Many believe this is due to efforts from Postmaster General Louis Dejoy to run the post office more like a business than a government agency. Under his direction, the Postal Service has intensified efforts to “modernize” its transportation system. This involves using tools that shippers in the private sector have long utilized, such as a digital load board where freight bids are posted and a digital transportation management system.

That all sounds pretty good – better systems, more streamlined practices, fast and more efficient mail and deliveries – everybody wins, no?

Not if you’re one of USPS’ preexisting trucking partners. Those companies, which for many years have absorbed a consistent influx of USPS work, are going to take a hit when the Postal Service redesigns its trucking network.

Brokers deal with most trucking freight types, whether purchased on the “spot market” or pre-arranged with clients directly. The truck brokerage market was worth an estimated $50 billion 20 years ago. According to the TIA, its current value is about $186 billion.

One factor contributing to the prevalence of freight brokers is the fact that there are just too many trucking companies. The saturated trucking market has sort of watered down the business-to-business relationships on which the modern supply chain was built.

But up until recently, the Postal Service continued to operate under decades-old agreements for the longest time. And as a result, the USPS transportation system has an unusual amount of redundancy.

That word – redundancy – has a bit of a negative connotation. But isn’t redundant service exactly what you want from a mail system and delivery service?

Perhaps this is the reason USPS is the preferred shipping method for many start-up retail brands. The postal service is predictable and completely uninterested in making promises it cannot keep. For retailers, the ability to provide customers with the whole story regarding order status is valuable. That sort of transparency is defensible.

What’s interesting, though, is USPS parcel services typically do not require much defense. The service levels and turnaround times are traditionally among the best around, which begs an important question:

The answer to this question is somewhat adjacent to the issue at hand – the post office’s increased participation in freight brokerage relationships. In the pre-Dejoy era, USPS trucking was contracted to various regional companies. The terms of those agreements were somewhat fixed, and relationships were ongoing. In other words, USPS trucking contracts were definitively not “brokered,” and so the agency was likely leaving some cost savings on the table.

That said, some argue that collaborating with hundreds of trucking firms spread out across the country allowed the USPS to diversify its trucking and ensure more consistent local and regional service.

Additionally, USPS contracts sustained many of these smaller private carriers, so it is not unreasonable to suggest that these partners were more likely to prioritize postal service work, honoring the long-standing relationship with the government agency.

But those days seem numbered. The post office has begun promoting technologies like a digital load board and an online transportation management system – efforts that go hand in hand with the push to work with brokers and the transition away from contract freight.

According to experienced parcel expert Satish Jindel, the Postal Service has already cut ties with about 4,000 roadway contractors since 2014. Jindel does not believe this is about less reliance on trucks, but rather, the USPS wants to get more cargo off of expensive cargo planes and onto trucks.

One upside to the spot market: it will allow the postal service to bid for truck capacity as you needed rather than having to sign a long-term contract with a nationwide carrier.

However, it’s possible that 2021—famously known as the year that spot market rates skyrocketed—was a terrible year to increase the use of freight brokers. One review of publicly available data found that in January 2022, the Postal Service spent more than $50 million on extra trips, which is more than ten times what it did in 2021 or 2020. “

Hendel asserted that if there were no chance of cost savings through freight brokerage, the cost-conscious Postal Service would probably stop pursuing it.

“I don’t think the Postal Service will ever be well-served by relying exclusively on brokers,” Hendel said, “that would be a recipe for disaster.”