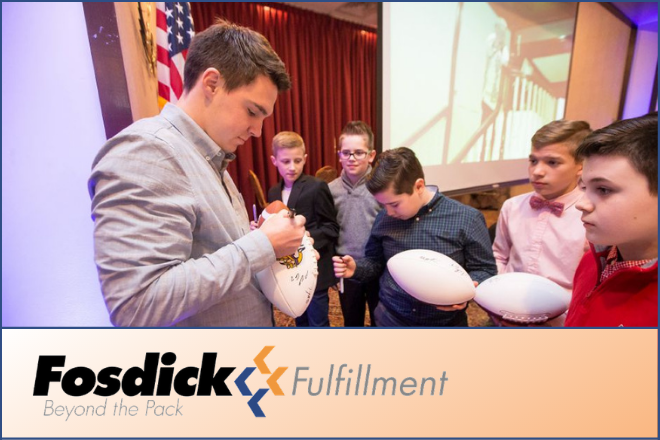 For the past 15 years, the United Way, in partnership with JL Sports, has been operating youth football clinic where local kids get the opportunity to run football drills under the guidance of professional players. JL Sports is a full service sports agency out of Branford, CT. Headed by prominent NFLPA-certified agent Joe Linta, the team at JL represents some of the biggest names in football, including quarterbacks Joe Flacco and Brian Hoyer.

The Weekend Youth Clinic invites kids ages 8 to 14 to the Worthington Johnson Athletic Center at Choate Rosemary Hall each year to see if they had what it takes to make the NFL.

This is just part of the United Way’s 2020 NFL Players’ Weekend, a fundraiser for the organization’s programs. Last year, the United Way raised $57,000 and this year Executive Director Maria Harlow hopes to push that number up to $60,000. The festivities kicked off on Friday, March 6 when players attended a dinner at Zandri’s Stillwood Inn. After the clinic on Saturday, players and fans put a slightly different set of skills to the test at Wallingford Bowl.

“The clinic is really exciting,” Harlow said. “You don’t have to be a football fan to get excited about seeing the players here. They’re so impressive, so inspiring. We love to give kids the opportunity to train with them for a day.”

Harlow said most of the kids at the clinic are sponsored by local organizations, allowing them to attend free of charge.

Accessibility to program like this has created some fanfare among local families. Amy Daly’s 11-year-old son Keagan Daly attended the clinic for the second year in a row.

“Football is life,” Daly said while watching her son. “I think it’s awesome that they run this clinic. It’s a great opportunity to see that if you work hard you can make it to the NFL.”