JUST FOR FUN: Sports DO EXIST & WILL RETURN! 8 Historic March Moments in Sports! 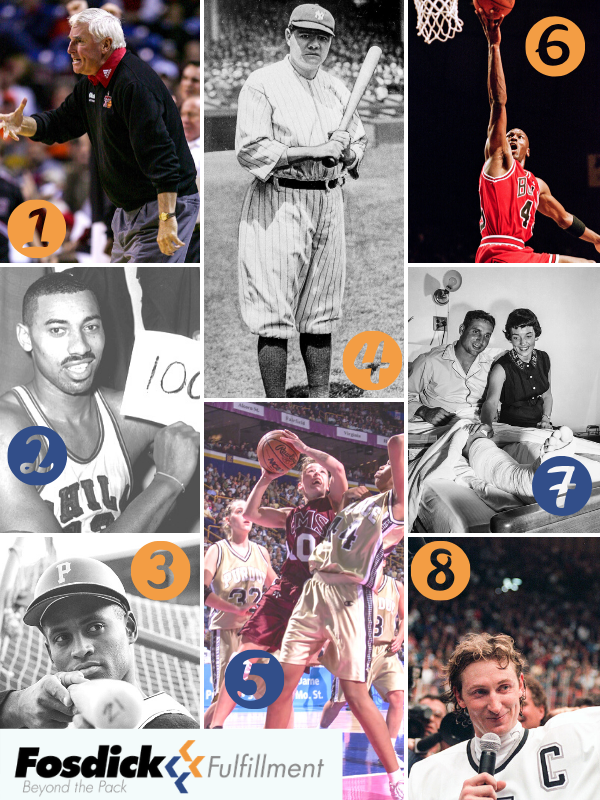 1. Bobby Knight becomes the third NCAA Division 1 Mens Basketball Coach to to win 850 games. Knight went on to win 902 games in total. This was a record at the time of his retirement, and currently, Knight ranks third all-time, behind his former player and assistant coach Mike Krzyzewski of Duke and Jim Boeheim of Syracuse, who are both still active.

2. On March 2, 1962, Wilt Chamberlain scored an NBA-record 100 points to lead the Philadelphia Warriors to a 169-147 triumph over the New York Knicks. Chamberlain scored 59 second-half points and 28 from the free-throw line for records. Both teams combined for 2316 points to surpass the record of 312 set by Boston-Minneapolis on Feb. 27, 1959.

3. In March of 1973, the great Roberto Clemente was elected to the Hall of Fame just 11 weeks after his tragic death. Clemente, who was well know for his charitable work, was accompanying relief packages meant for Nicaraguan earth quake survivors when his plane crashed into the Atlantic Ocean off the cost of Isla Verde, Puerto Rico. 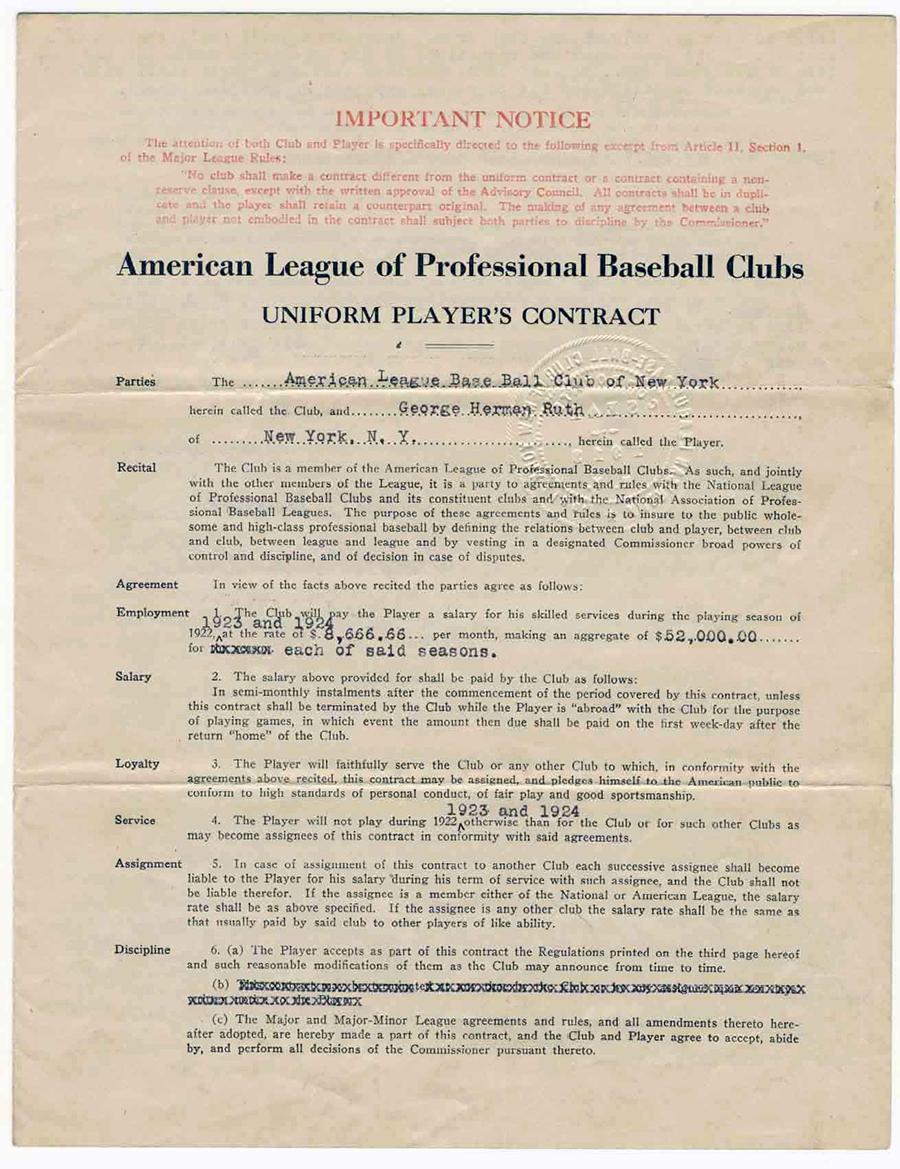 4. Babe Ruth was famously traded from Boston to the Yanks in 1919 after the Bo-Sox’s World Series run. The trade was the start of an 86-year stretch without a World Series victory for the Red Sox known as “The Curse of the Bambino.” For his first three years with the Yankees, the Babe was still playing under an existing Boston contact that had been transferred to NY. This contract, signed in March of 1922, is his first written with the NY Yankees, a deal worth $52,000 a year. This figure equates to roughly $800,000 today. The league minimum in 2019 was $555,000. The average salary among all players was around $4 million.

5. Jackie Stiles of Southwest Missouri State becomes the NCAA career scoring leader in women’s basketball, running her career total to 3,133 points with 30 in Southwest Missouri State’s 94-59 victory over Creighton. Stiles went on to lead the Women’s National Team and then to the WNBA. She retired in 2006 and would eventually get into competitive cycling. In 2012, Stiles became an assistant coach at Loyola Marymount. She is currently an assistant with the University of Oklahoma.

6. After a brief, unsuccessful stint in baseball from 93-95, Michael Jordon rejoined the Chicago Bulls after 17th months, leading the team to a victory over the Pacers. His return is said to have been marked by a now infamous two-word fax to the Bulls front office, simply stating, I’m back.

7. Outfielder Bobby Thomson – The Staten Island Scot and the man responsible for the  pennant-winning three-run home run for the Giants in 1951 is popularly known as the “Shot Heard ‘Round the World.” During his first spring training with the Braves in 1954 he suffered a broken ankle, which allowed rookie Hank Aaron to earn a place in the Milwaukee lineup.

8. On March 23, 1994, Wayne Gretzky surpassed his idol, Gordie Howe, to claim the record for all-time goals scored (802). The Great One’s breaking goal took place on home ice against the Vancouver Canucks. Howe himself was in attendance at the game.