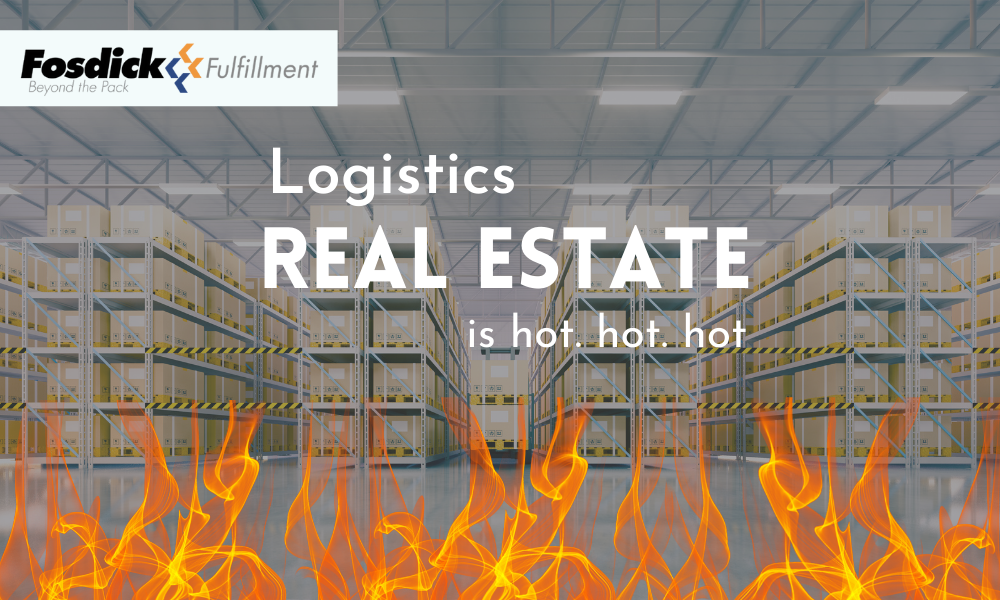 It’s a mad scramble to find warehouse space anywhere in the world right now. Demand is outstripping supply, vacancies are at a record low, and, owing to the ongoing e-commerce boom, there’s no end to the crunch in sight. Add in spiking construction costs and land prices, and it’s a perfect storm for the highest demand and fastest rent growth in logistics real estate history, according to the recent “Logistics Rent Index” from real estate investment trust company Prologis. Here are a few highlights from the February 2022 report: 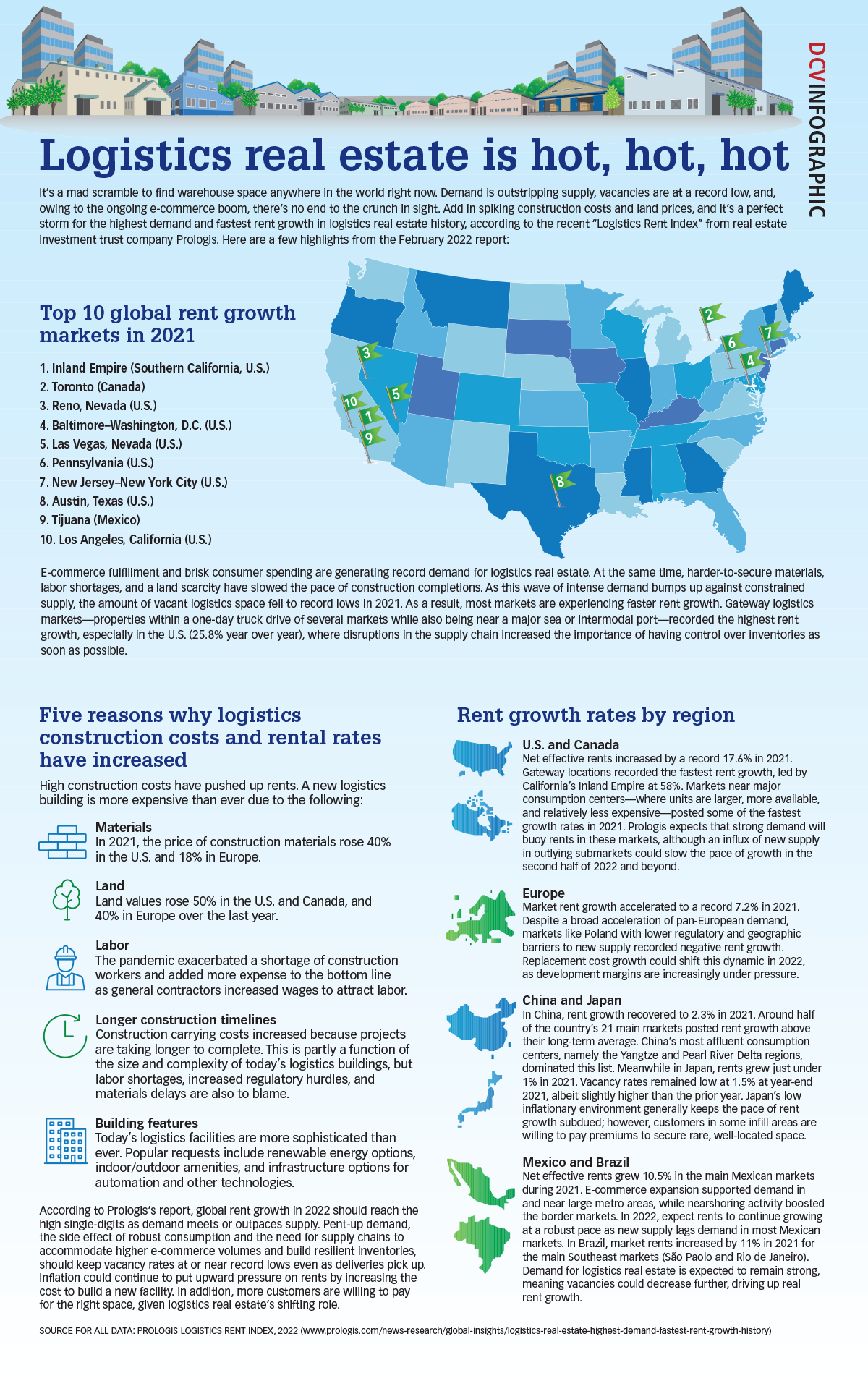 Prologis believes the market for space will remain tight for some time. Management stated available supply in the market is still at an all-time low in its first-quarter earnings teleconference with analysts on Tuesday. Prologis (NYSE: PLD) reported core funds from operations (FFO) of $1.09, which was 2 cents ahead of consensus and 12 cents higher year-over-year.

A persistent period of high consumer demand, along with delays in the completion of new projects has kept supply tight. In 30 significant U.S. markets analyzed by Prologis, the “true months of supply,” which compares existing vacancies plus the development pipeline to trailing net absorption, has dropped to 16 months. By the end of the period, Prologis had leased 98.1 percent of its portfolio, up 200 basis points year over year.

The U.S. market needs 800 million square feet of more space, according to Hamid Moghadam, co-founder and CEO, citing a 10% lower inventories-to-sales ratio than before the outbreak.

As a result, he predicts that 15% of inventory will still be required throughout the supply chain, necessitating more space. “People are running to catch up on the demand that they’re seeing from their end customers and they’re not getting there. They’re always behind,” Moghadam said.

“We are in unprecedented territory,” Moghadam said. “Industrial rents have never grown at these levels, but we’ve never had market conditions like we have now. We’ve never had e-commerce at this level of importance. We’ve never had [inventory] resilience become such a big factor. We haven’t had these bottlenecks in the supply chain that clog up the network.”

As causes, he cited rising energy and labor costs. Rents make up only 3% to 5% of overall supply chain costs, making it simpler for companies like Prologis to justify price hikes. Market rents are expected to rise 25% to 26% in coastal markets in 2022, with gains in the midteens expected in the interior.

At least in the short term, Moghadam dismissed the possibility of a recession. He admitted that headwinds such as inflation, increasing fuel costs, the Ukraine conflict, and the midterm elections could force positive trends to reverse.

“We see our customers with their front foot forward and taking up more space, and that gives us comfort that we’re not facing a recessionary environment, at least not as it pertains to our business,” Moghadam said.

With a weighted average interest rate of 1.7 percent, debt-to-market capitalization stood at 13.5 percent at the end of the quarter. The company doesn’t have any substantial debt maturities until 2026, making it “insulated in this rising rate environment.” Prologis’ overall investment capacity was $18 billion at the end of the period.