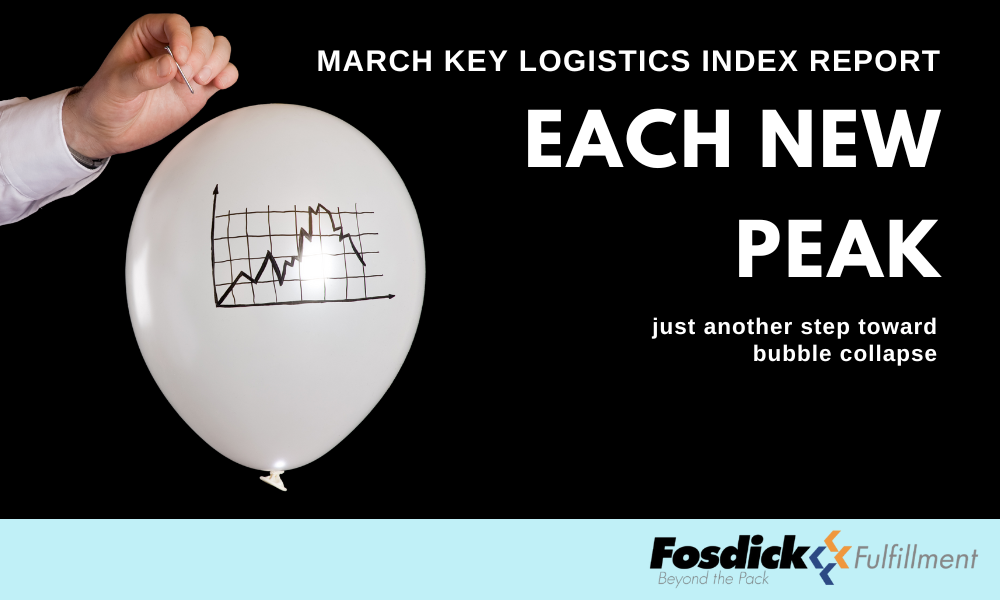 The Logistics Managers’ Index Report for March comes at a critical juncture between an ever-growing freight market wave – one of the strongest in history – and the inevitable crash. Still, most indicators have moved in a direction that demonstrates a strong market, thus the raw data reveals no evident symptoms of a market downturn just yet.

In fact, according to the study issued Tuesday, the LMI for March was 76.2, an all-time high, up 1 point from February. The first-quarter average was 74.5, which was much higher than the historical average of 65.2.

But the index is choosing to interpret record high numbers as a sign that the bubble is running out of room for expansion. According to the research, “The first three months of 2022 have been marked by high levels of inventory, and insufficient capacity to deal with it.”A survey of logistics managers rendered similar findings.

As the month came to a close, data from that sector showed that capacity had increased for the first time in 18 months. For example, transportation prices for the first half of the month came in at a 95.2 index number from the downstream perspective. In the second half, that number dropped to 90. From an upstream perspective, the drop was even more dramatic: the number dropped from 94.2 to 84.8.

The study also analyzed the market’s long-term viability elsewhere in the paper, stressing that the good times couldn’t last indefinitely. “What we do know is that the wild growth of the last 18 months could never have been sustainable in the long-run, and that eventually, supply chains would hit an inflection point,” the report said. “The question now is whether this inflection will merely balance out supply and demand, helping companies to catch their breath, or plunge the economy into a recession.” 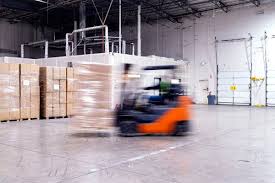 And while freight may be at that critical point just before collapse, another side of the industry – warehousing – seems solid as a rock for now.  Inventory for the month of March registered a 75.7 on the key logistics index, down from an all-time high of 80.2 a month ago.

“Many firms are having difficulties managing all of this inventory, and the excess downstream inventories are now flooding the shelves of off-price retailers like TJ Maxx (NYSE: TJX), Ross (NASDAQ: ROST), and Dollar General (NYSE: DG),” the report said

As a result, inventory costs rose 0.7 points to 91, an all-time high, according to the report. “There is little indication that this will change anytime soon, as future predictions for inventory costs are anticipated to remain very high throughout the next 12 months,” the report said.

Storage of all these commodities has resulted in a warehouse capacity figure of 36.1, the lowest in the index’s history. “Unlike the transportation industry, there is no movement toward a softening of capacity or price in the warehousing market,” according to the paper.

One component of the inventory growth could be corporations stocking up on products ahead of a possible strike by West Coast dockworkers whose contract expires July 1.

While the researchers noted the high price of diesel, one of the specific findings was on how it would affect truck traffic traveling out of and returning to Southern California ports. Because of the high cost of diesel, deadhead costs could increase by $2,000 to $3,000 each load. “This will make it less attractive to drive empty trucks back to California, and could significantly impact the tender rejection rate,” the report said.