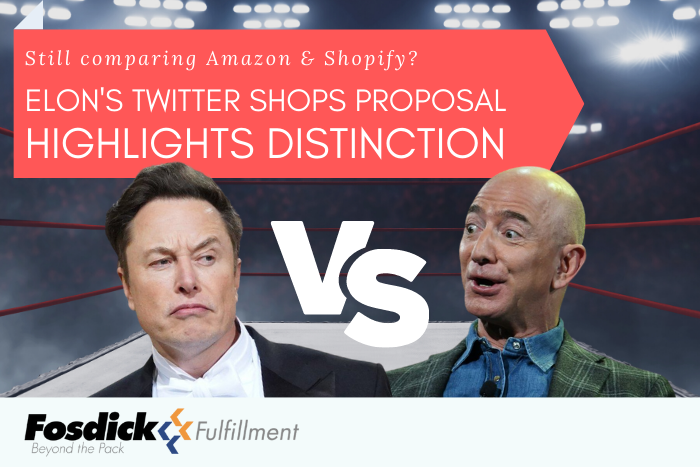 It’s the most recent of Shopify Inc.’s initiatives to increase the number of social media partners it works with as it tries to assist companies in reaching customers across various online channels. The ability to set up a virtual storefront on Twitter’s e-shopping platform is now live for Shopify’s American merchants. Retail does not happen across one channel, it happens across every channel,” Shopify President Harley Finkelstein said in an interview with Bloomberg News. Now that the pandemic is easing, merchants “want to sell across every single surface area.” The Ottawa-based company’s shares have fallen 76% this year due to the post-pandemic return to in-person shopping.

Retailers using Shopify will have two options for selling their products on Twitter:

Shopify declined to provide a forecast of how much the Twitter deal boosts client sales. However, it claimed that in the first quarter of 2022, orders placed with Shopify merchants through other online partnerships are 4x relative to last year’s period.

The launch on Twitter Shops differs from other partnerships in that Shop Pay, Shopify’s online payment service, is not rolled into the deal in any way. It also stated that tweets about shopping received approximately 40 billion views last year.

Elon Musk, who is in charge of the $44 billion takeover bid for Twitter, has stated his intentions to make the social media platform a “super app.” Musk has shared plans to roll social media, online shopping, and digital payment – all budding innovations at different levels of ubiquity within the lives of world citizens – into one singular experience on Twitter. Up to this point, shares of Twitter are down 10%.

Shopify is a multichannel, cloud-based e-commerce platform for small and medium-sized enterprises. Merchants use the application to design, set up and manage their stores across multiple sales channels. Those channels include web, mobile, social media, marketplaces, brick-and-mortar locations, and pop-up shops. The platform also gives merchants a comprehensive back-office and a single view of their business.

The Shopify/Twitter integration via Twitter Shops comes just two months after  Amazon.com Inc. announced Buy with Prime, an exclusive program that essentially combines Amazon’s payments and fulfillment services, letting shoppers use their Amazon Prime membership on a brand’s websites to receive fast-shipping and other benefits. The new Amazon feature mimics Shopify’s point of sale and storefront functionality. Many in the industry have perceived the move by Amazone as a strategic attempt to slow Shopify’s growth and take back some of the B2B market shares.

But the truth, and what eCommerce brands have come to understand intimately, are the costs associated with both Fulfillment by Amazon (FBA) and Fulfillment by Merchant (FBM) – also an Amazon program. Armed with this information, one wonders why the media seems to pit Shopify and Amazon against each other or even discuss the two services as direct competitors.

With the use of the Fulfillment by Amazon (FBA) service, businesses can contract out Amazon’s order fulfillment to other companies. Businesses ship their products to Amazon fulfillment centers, where orders are picked, packed, and shipped as customers make purchases. With this service, Amazon will also process returns and offer customer service. That said, this does not come without a hefty price tag on fulfillment – not to mention Amazon “referral” fees, which functionally are Amazon’s cut of each sale/order.

Here is how FBA is structured: There are two tiers of “selling plans,” which you would need to sign-up for before you start selling. Within the first tier – known as an “individual” plan – Amazon would charge sellers $0.99 per order. This is why most sellers end up with pro plans at $40 bucks a month. Ostensibly, if they sell more than forty products through Amazon in a given thirty-day period, they’ve covered the costs associated with the individual tier plan.

In addition to the selling plan subscription costs, a “referral fee” is assessed on each order. The exact nominal amount largely depends on the product itself,  but for most listings and across most retail categories, you can expect to pay Amazon $.30 per order. These costs are all before FBA’s heft fulfillment pricing. You can find a rate chart associated with FBA below.

Amazon’s Fulfillment by Merchant (FBM) model is similar in structure and only differs in that – as the name suggests – sellers store, pick, pack, and ship all their own orders. FBM sellers have full access to Amazon’s storefront infrastructure and the wide reach of its marketing functionality and must still pay Amazon’s referral fee. In the FBM model, sellers must create a system for managing customer service inquiries. Brands can certainly set up their fulfillment and customer service in-house, but as companies grow, it is common to employ the services of a third-party vendor.

For example, at Fosdick, we fulfill for both FBA and FBM but also work with brands directly as their exclusive fulfillment service provider. Our company is also one of few competitive 3PLs that maintains a full customer service division – something we started way back in the days of mail-order shopping, through the height of Made-for-TV, and continue to do today with various retail and eCommerce clients.

When compared to Amazon FBM and FBA programs, Shopify is the clear value-for-money winner. The eCommerce storefront platform has three tiers of monthly subscription pricing. The difference between pricing plans generally depends on the data reported back to users and the speed at which orders are processed, and shipping is mobilized.

Beyond that, the only added costs per transaction basis are those associated with credit card processing. These fees appear to be assessed at the standard rate.

What’s wild is Shopify is likely middle of the pack in terms of value for money. Websitebuilderexpert.com reports a 2022 ranking of 3 out of 5, down from 3.5. In fact, according to the WBE, the top dog in 2022 – at least for small online stores – is WIX.

You can find WBE’s full overview of each platform and a detailed comparison model here.