Take My Eyes But Not the Siracha: Supply Chain Issues Lead to All New Shortages of Food & Beverages 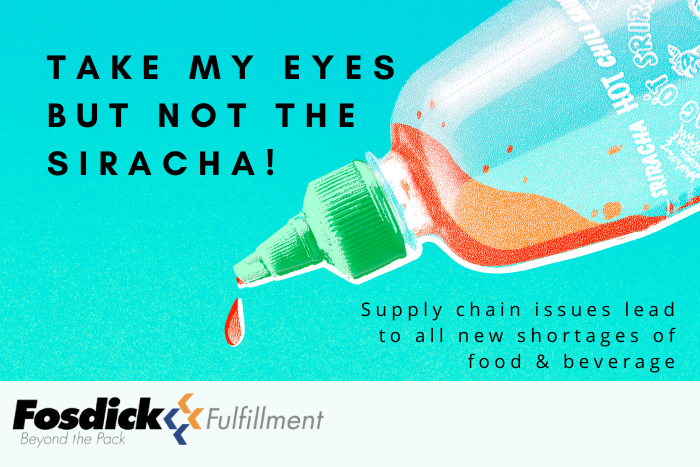 Popcorn and sriracha are in short supply this summer, a reminder that the world’s supply networks are still under pressure. Recently, many seemingly random foods have become pricey or hard to find. These include lettuce in Australia, onions and salami in Japan, and bottled beer in Germany, sending businesses racing to feed their customers.

The problem is a strained global supply chain, not a lack of product. From weather to the epidemic to geopolitical concerns and rebounding demand, it’s a whirlwind. If producers can’t make enough glass bottles and aluminum cans, customers can’t buy soda and beer. A shipping container shortage and tight labor market add to supply chain issues. Russia’s invasion of Ukraine compounded these concerns, cutting off grain and cooking oil supplies and sending food and energy costs soaring.

Sriracha is a new hard-to-find item. The creator of the famed sauce, Huy Fong Foods Inc., has suspended manufacturing owing to a lack of chili peppers. Consumers are scrambling to stock up, with some lamenting the “worst news of the year.”

German beer lovers face a bottle shortage due in part to the war in Ukraine, which supplies glass. The NYT said that breweries in the booze-loving nation are already paying extra for power and barley.

A lack of popcorn in the US has worried moviegoers ahead of the summer blockbuster season. Lids, cups, and paper bags are scarce, and farmers may abandon corn for more profitable crops.

Vegetables are also rare (that’s a weird sentence, but true!). A lettuce shortage in Australia caused KFC to use cabbage. Flooding disrupted the fast-food giant’s supply chain earlier this year. McDonald’s UK had to restrict tomatoes, using one slice instead of two. The tomato shortage is due to high gas costs for heating greenhouses. McDonald’s halted sales of large-sized fries in various regions due to supply chain issues. KFC Singapore replaced fries with waffle hash. When KFC ran out of fries in Kenya owing to shipment delays, social media users called for a boycott for utilizing imported potatoes.

In Japan, shortages of onions and salami forced restaurants to remove some dishes. Saizeriya halted a grilled chicken dish because of a labor shortage in Thailand. It stopped selling salami after Japan halted pork and cured meat imports from Italy due to African swine disease.