On Sunday, January 24, 2021, the new US Postal Service (USPS) postage rates and rules went into effect. The new rules follow a decade long deep dive into USPS operations, a voyage which ended when the Postal Regulatory Commission (PRC) touched down on a bit of a hostile planet in 2020.

By November, the PRC issued Order No. 5763 – Order Adopting Final Rules for the System of Regulating Rates and Classes for Market Dominant Products.

The USPS now wields the power to raise rates based on a combination of delivery density and retirement-related expenses. The rules went into effect on January 15, 2021.

So far, retail rates for letter mail remain relatively low internationally, even when compared to the countries that have privatized their posts. There are the current prices based on exchange rates in effect on January 17, 2020:

Perhaps the added rate increase authority has something to do with private parcel competition. FedEx and UPS – a veritable duopoly among parcel carriers – became infamous during the 2020 holiday season for broad increases in shipping costs. And months later, they’re still at it.

The latest round of surcharges comes from FedEx and attributes an additional $0.30 per residential parcel delivery to continuing growth and expansion in ecommerce. Filtering the impact of additional increases even further, the spikes will only apply to shippers whose average volume was in excess of 30,000 shipments a week for the month of January. This is in addition to the 4.9% increase both FedEx and UPS issued at the start of the year, as well as the typical peak season spike, which has atypically persisted beyond the normal cutoff in mid January.

You need not be a mathematician to judge the impact of all these rate bumps on shippers. According to Capgemini Research Institute, the average cost of a delivery is $10.10, but customers are only willing to pay an average of $1.40. As for the other $8.70 – retailers have had to eat it.

That buck forty the data claims shoppers are willing to pay? How could it be anything other than the average of a few people who really don’t want to shop in physical stores during a pandemic and a sea of zeros. And so, in a retail culture where valuations covet customer experience above profit, retailers have no choice but to incur the cost of shipping and wait out what they hope is just a passing storm.

A recent survey by supply chain technology provider Blue Yonder found that more than half of the respondents from the retail sector described rising delivery costs as a major challenge. Beyond the increased shipping costs making swiss cheese of retail margins, shippers also have a capacity problem to deal with.

During the holiday season UPS and FedEx refused to provide capacity beyond what was agreed upon in initial contract negotiation. This had brands scrambling for alternative fulfillment to ensure customers stayed…well, customers.

UPS and FedEx have traditionally moved in unison on pricing, so neither was a viable solution relative to the other. Instead, many retail brands sought to transition some or all of their parcel volume away from the duopoly. With few options to speak of, many were forced to trust the fate of their customer base with a postal service still reeling from the mail-in ballot fiasco.

Despite the qualifier, and though it wasn’t pretty, when all was said and done, the USPS succeeded in distributing 135 million ballots. But, from an operational standpoint, the biggest challenge was yet to come. The real adversity, or as the gaming community might say, the final boss, would be peak season.

The weeks following were the perfect storm minus George Clooney and Marky Mark. Perennial holiday volume + pandemic ecommerce volume + all the forer FedEx and UPS client volume = a government agency that is moderately well oiled and efficient under normal circumstances stretched to the point of gravitational spaghettification.

“This is the worst I’ve ever seen it in at least the last 10 to 20 years that I can recall,” said Angelo Anagnostopoulos, the vice president for postal affairs at GrayHair Software, which tracks mail for large companies that send, prepare and transport it. Several other industry experts echoed that assessment.

The slowed delivery speed of December was not the first logistical nightmare of 2020 for the USPS. In the summer, policy changes initiated by postmaster general, Louis DeJoy, resulted in a USPS performance decline worthy of the moniker, “snail mail.” Congressional investigations and lawsuits ensued, and many of those policies were reversed, and thus, shipping speeds recovered, but not before some real damage was done.

And as is true with most bureaucratic failings, some areas off the country were affected more than others. In December, worker shortages in sorting plants in the Lehigh Valley in PA were so severe only a quarter of first-class mail was processed on time.  Other types of mail, like periodicals and marketing mail, had a one in 10 chance of arriving on time depending on zone. 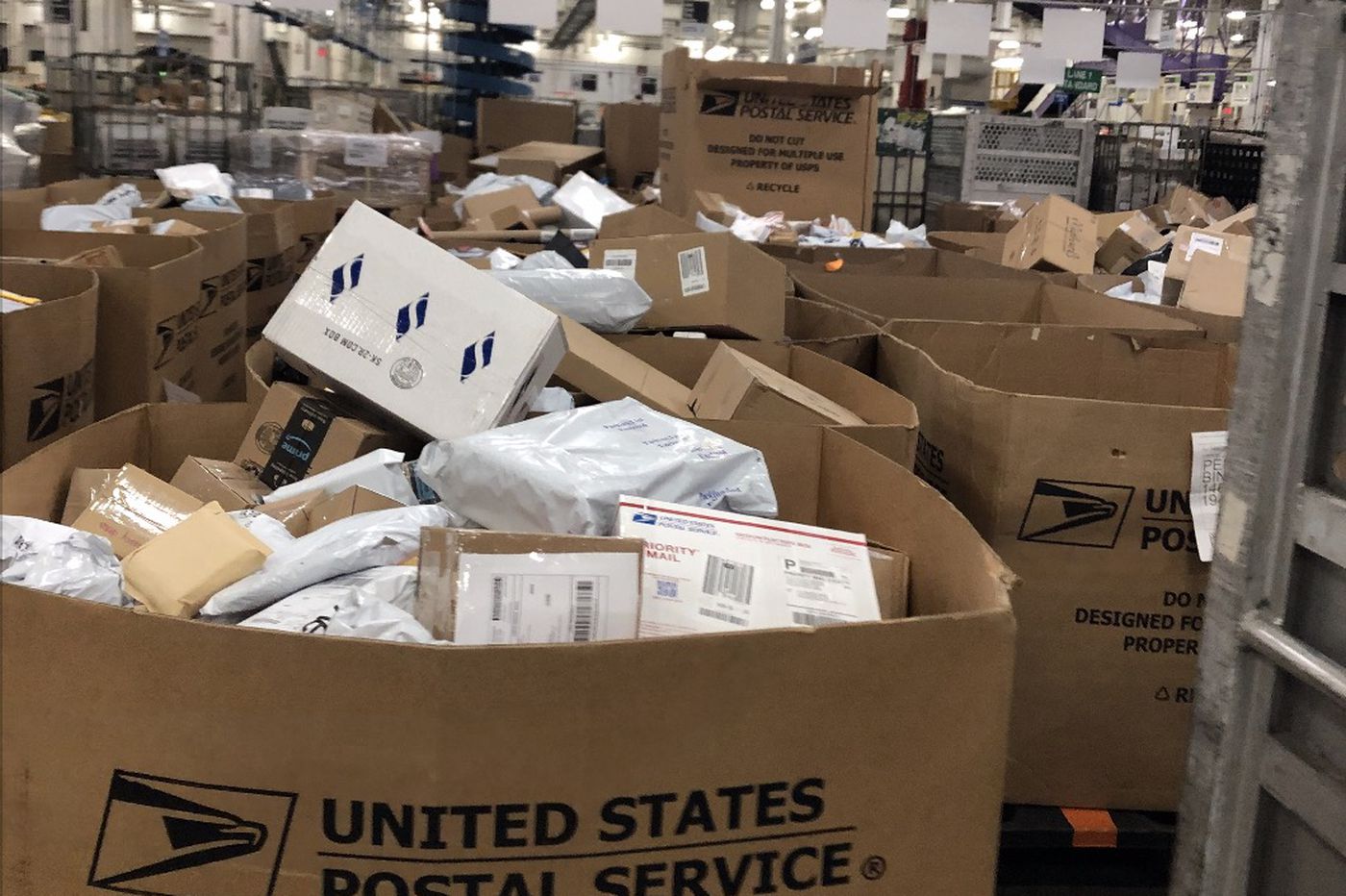 So while the retailers who’d cut ties with FedEx and UPS when the parcel carriers rolled out their surcharges hit some traffic with the postal service,  package delays were nothing compared to letters. In mid-December, Holiday greetings, gift cards, and other paper mail continued to pile-up as packages were prioritized. Packages are bigger and take up more space. Getting rid of them first is the lesser of two evils.

New postal rules and the USPS’ broadened authority to channel their inner FedEx or UPS and jack postage rates on letters may help create a bit more equity should a combination of worst case scenarios like those of 2020 decide to link up again in the future.

But that isn’t the USPS hedging, is it? Or is the postal service taking responsibility for every unanswered letter to Santa and missing subscription kit? Should they be?

Michael Plunkett, president of the Association for Postal Commerce, seems to think the onus is with shippers.“Those package mailers have recourse — they can go to FedEx or UPS.”

But the fact remains, both FedEx and UPS also experienced delivery delays during this time as per data from ShipMatrix, a firm that tracks parcel delivery for both carriers as well as the USPS.

“If you’re a mailer, it’s a monopoly,” added Mr. Plunkett, who is also a longtime former postal employee, “and you can’t go anywhere else.” ,