Who’s making what and where (in the USA)? | November Manufacturing Report 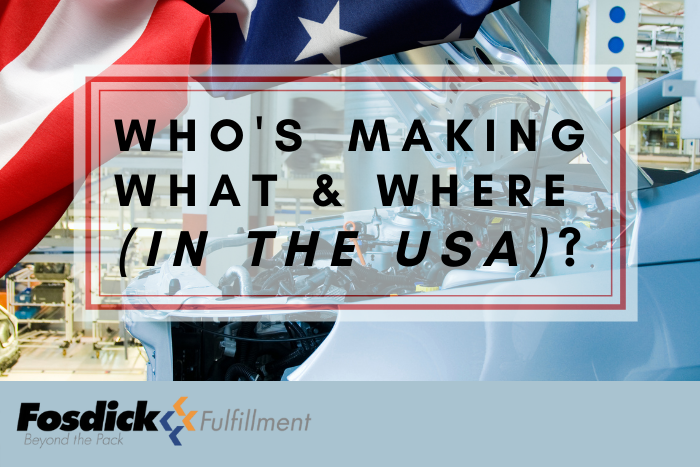 Last month we talked about all that manufacturing supposedly coming to the U.S. Well, here it is…or at least a few examples of companies who announced plans for stateside production and implicit job creation in November.

On October 14, Louisiana Gov. John Bel Edwards and industrial gases manufacturer Air Products announced plans to establish a hydrogen energy plant near the Mississippi River in Ascension Parish. The $4.5 billion investment is projected to result in the creation of 170 new jobs. 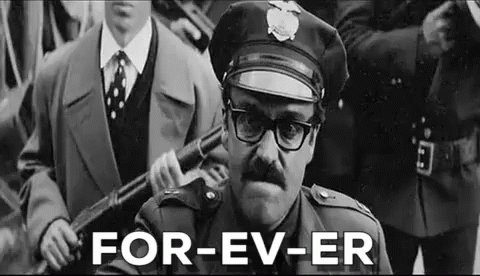 According to a press release, the facility will create over 750 million cubic feet of blue hydrogen every day. What’s more, the facility has pledged to lock down any carbon dioxide it produces as a result of the manufacturing process. FOR-EV-VER.

When the Air Products facility opens in 2026, it will be the world’s largest permanent CO2 sequestration project to date, according to the EPA.

Stick around through the rest of the list and we think you’ll begin to notice that much of the reshoring is happening in or adjacent to automotive/transportation. More on that in a bit.

The manufacturer anticipates the extra space will demand a larger workforce of up to 133 new positions. Anticipated needs include machine operators, maintenance technicians, warehousing, and administrative personnel.

According to industry executives, WTEC Energy Corp., a cable manufacturer for renewable energy facilities aims to bring hundreds of jobs to southern New Mexico. The company will occupy the site of a former pet food mill in Chamberino – a rural area between Las Cruces, New Mexico, and El Paso, Texas.

WTEC’s executive vice president, Kevin Bate, told the Albuquerque Journal that the firm was looking to grow into the western United States, where the majority of its wind and solar clients are situated. The majority of the company’s cable is presently made in Florida, with steel produced at two locations in Texas.

Bate attributed the choice to expand to New Mexico, rather than rival locations in Texas, in part to state and municipal support. The company will get $2 million in state employment money as well as $100,000 from a regional economic development fund.

Local authorities remarked that the WTEC project was only the latest in a series of industrial expansions in the region by corporations looking to extend their operations on the United States’ side of the border with Mexico. 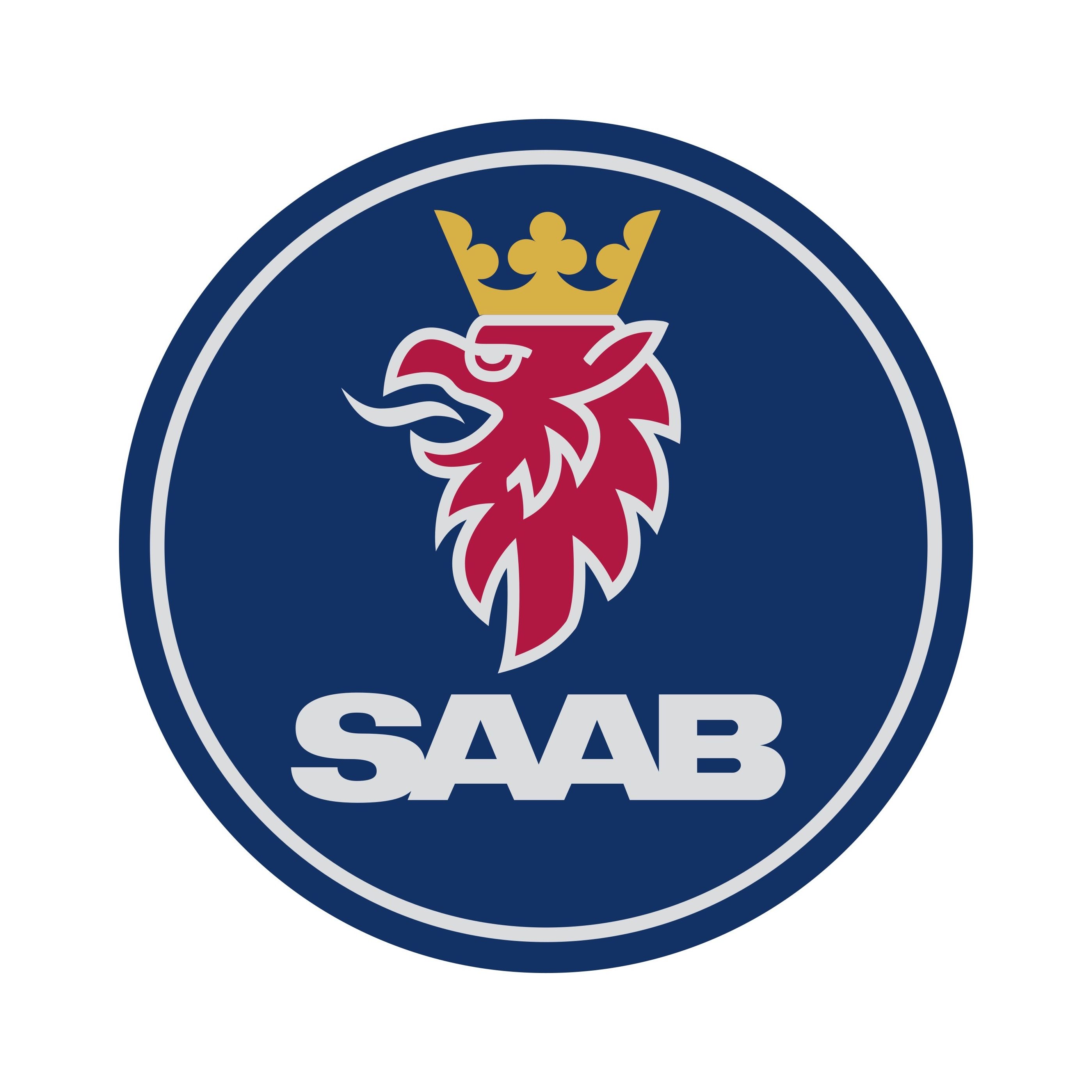 Saab, an aerospace and military corporation, has announced the formal opening of its new airframe components manufacturing plant in Northwest Indiana.

Wait…Saab the what company? Aerospace…? That’s right. the former Swedish car-maker has pivoted a bit. That’s putting it mildly.

You will likely remember the Saab family sedan of the mid 90’s popular among “the individual” and “the one-percenters who want to come off as both modest and rich.”

Meghan Daum’s 2010 article ahead of the Saab bankruptcy just two years later noted the hyper-niche demographic of “car owners who enjoy the opera.” This was the Saab driver in a nutshell. Daum’s Los Angeles Times piece goes on to cite a few noteworthy examples:

They’re college professors and journalists and people who work in public radio (many drive the same Saabs they had in college). Though book smart and knowledgeable about cheeses, the lives of Saab drivers are often a mess. They either drink too much (only wine) or are on the verge of divorce because their spouses have run off with partners who are either less depressed or less critical of the world, or both.

The second half of 2010’s were not kind to Saab, and a series of bad deals forced the company into bankruptcy in 2012. By 2014, Saab had ceased the production of motor vehicles completely. Instead, the Swedish manufacturer refocused its efforts on aerospace technology (aka planes and helicopters). Now its customer base looks a bit different as 85% of revenue in 2021 came from defense.

For their efforts, Saab now finds itself firmly among the top half of military contractors (36 of the top 100, to be exact).

Most recently, the Saab execs were back on US soil for a ribbon-cutting ceremony outside a new facility in Indiana where the company will fabricate aft airframe components for the T-7A Red Hawk trainer program. The program, meant to educate fighter and bomber pilots for the United States Air Force, is the product of a so-far-happy marriage between Saab and Boeing.

At the West Lafayette location, Saab will construct an aft segment with fitted subsystems that will reach from beyond the cockpit to the aircraft’s tail, before final assembly at the Boeing facility in St. Louis.

Officials from Saab said that the business aims to export goods and technologies manufactured in West Lafayette and that the facility would include research and development initiatives in advanced manufacturing, artificial intelligence, and autonomy. Additionally, the company plans to collaborate with neighboring Purdue University for work involving sensor and AI systems.

The Indiana factory will be Saab’s sixth in the United States and will employ upwards of 300 people by 2027, including assemblers, engineers, and system administrators. Saab announced its $37m plan and timeline for the site back in 2019, and will begin operations under budget and on time.

Manufacturer of automobile wheel trim, DAG Technology, is proposing relocation to Michigan, according to state and corporate authorities. The company’s component production, previously out of China, will move to a new facility in Flint, Michigan.

DAG plans to spend more than $10 million in the Grand Blanc Township location and create up to 50 new employees. Officials with the company said that the decision to shift its manufacturing capabilities on-shore was taken at the request of its automobile clients.

The automotive sector perhaps more than any other has been hit hard by supply-chain issues in the aftermath of the COVID-19 outbreak.

The Michigan property, a former Tier-1 auto supply factory is one of many such locations left from the bygone days that earned Detroit its moniker as the motor city. But even beyond the Detroit area, Michigan manufacturing has long generated the pulse of the automotive industry, providing a model for mass production using Henry Ford’s vision for the assembly line.

When the practice achieved scale though, spreading to other industries, and eventually becoming the international standard, it became difficult to compete with the margins car companies would pad via offshore production.

There are a few other significant moments when it comes to Michigan manufacturing’s fall from grace:

Some will remember the 1973-74 gasoline crises that forced the US into a system of gasoline rationing. Commonly, you hear baby boomers reflect on this time, citing the ridiculously long lines that formed at gas stations, and prices nearing the $3 range when adjusted for inflation. 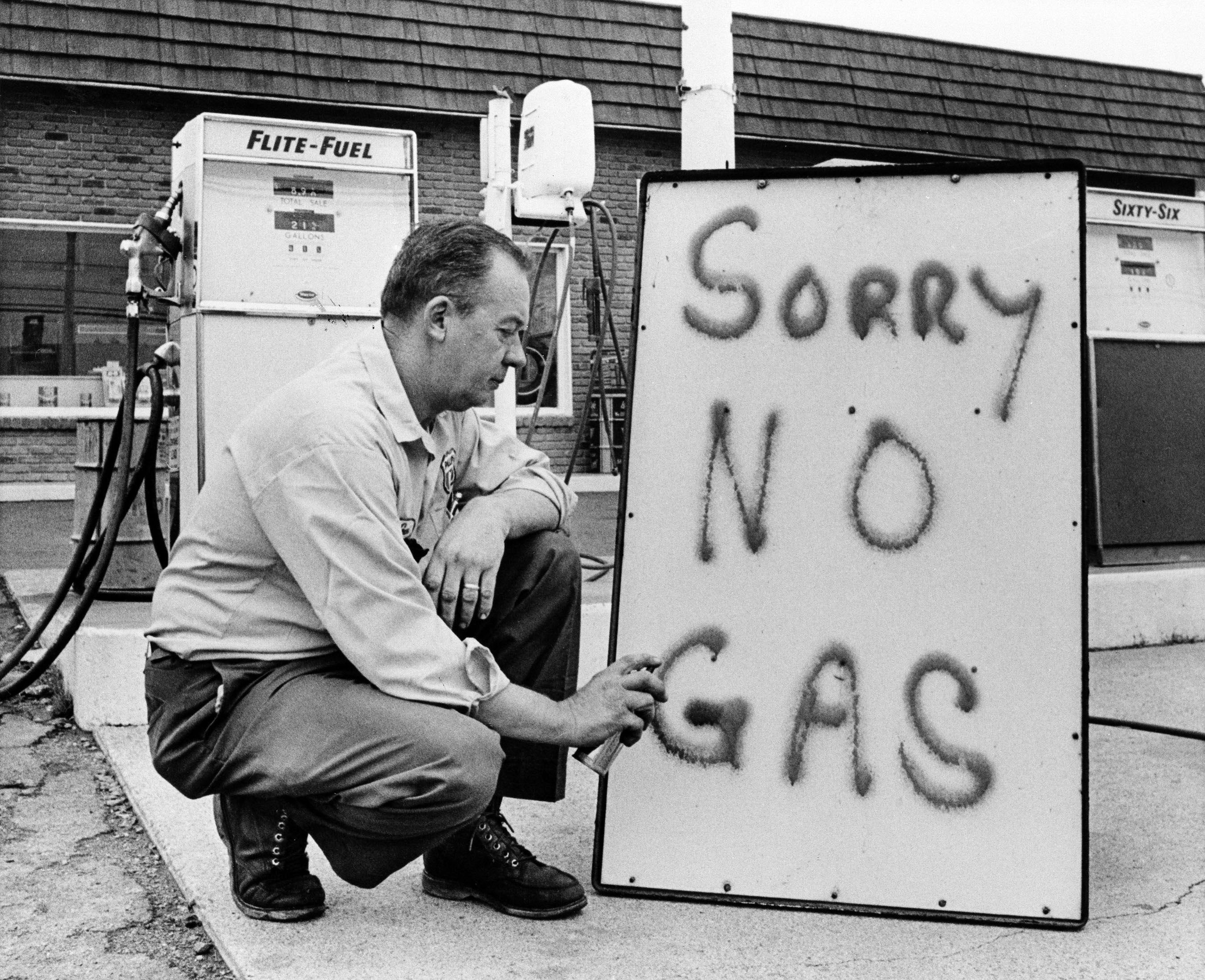 The crises helped give smaller, more fuel-efficient foreign-made cars a toehold in the U.S., signaling a long period of crisis for Detroit’s Big Three automakers.

The next big catalyst and that has led to some of the issues relevant to more recent idling in the motor city was President Bush’s provisional $17.4 billion bailouts to GM and Chrysler following the 2008 mortgage crisis and recession.

Still, just a year later, both companies would declare bankruptcy. At that time, the Obama administration provided financing and guidance for the automakers through expedited bankruptcy proceedings.

Shortly after the court proceedings, G.M. closed 14 more American factories in the US, including seven in Michigan, and cut up to 21,000 more jobs. For Chrysler, there were fewer dark days thanks to a government-brokered deal to marge with Italian automaker Fiat. Still, at the time of the deal, the company identified four plants and five thousand jobs that would be lost.

Since then, there have been other related trouble in the mitten state.  In 2014, for instance, the city switched its drinking water supply from Detroit’s system to the Flint River despite the river’s history of pollution. It is even rumored to have caught fire on two separate occasions. Testing and treatment of the river’s supply proved wholly inadequate and resulted in a series of water quality and health issues for residents.

Fast forward to the modern era, Michigan Governor Gretchen Whitmer, joined eight other governors from both political parties in a petition to congressional leaders, urging them to pass legislation to address the global semi-conductor chip shortage that is hurting the automobile industry. At the same time, autoworkers are doing what they can to take matters into their own hands.

If the car companies can cut some slack out of the automotive supply chain especially with respect to OEMs, the original producer of a vehicle’s component parts like semiconductor chips, for example. That means a continued discussion about and incentives for reshoring these suppliers. And while right now it’s about chips, car companies procure much more than just computing power from OEMs. DAG, for instance, offers a few products and services, but the Michigan location will house the production of the company’s decorative wheel trims.

According to state economic development authorities, DAG’s headquarters in the Detroit suburb of Sterling Heights now employs 25 individuals, including salesmen, accountants, engineers, and logistics personnel. The company’s staff in Michigan would be tripled as a result of the transfer.

In order to bring the project to life, DAG will get a $300,000 state grant, for which both DAG and domestic automakers are grateful.

DAG Vice President James Hadel said in the announcement, “The DAG team is thrilled to bring manufacturing to Grand Blanc, Michigan.” “We are thrilled to announce the launch of our new factory, which will generate local jobs and strengthen long-term partnerships with our OEM car clients.”