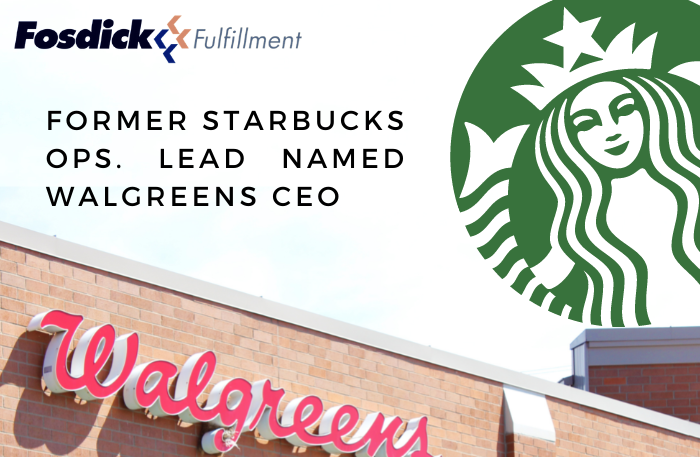 Starbucks COO, Rosalind Brewer is taking the reins from Stefano Pessina, and stepping up at CEO of Walgreens Boots Alliance. The drugstore chain and retailer confirmed Brewer’s hiring in a statement Tuesday evening.

Of course, Executives leave and step into new roles constantly. But Brewer’s transition is unique, and downright monumental. When she officially begins her new role at the top of the heap of Walgreens Brewer becomes the sole African American woman leading a fortune 500 company.

The push for diversity in corporate America is not necessarily new. However, not much had been done to address the lack of minority business leaders until recently. In December of 2020, Nasdaq proposed a new rule regarding board diversity and hiring practices at publicly traded companies in an effort to ensure greater gender and racial diversity in boardrooms. Now, just a month later and in the wake of the social unrest at the end of 2020, many companies are beginning to make more concerted efforts at increasing minority representation among leadership.

With the news, Walgreens stock rose nearly 8% after hours. And we predict it will continue to do so. Certainly, bringing on Rosalind Brewer to lead the retail pharmacy is a giant step forward in the fight for social justice,  but investors would be wise to also look back at her career up to this point and how her time at Starbucks might impact the future of Walgreens.

As COO, Brewer helped lead the team responsible for the Seattle based coffee chain’s massively successful mobile rewards program, as well as the app and software design. With Starbucks sales down overall in 2020, Brewer’s contributions might not seem all that impressive, but consider this: U.S. mobile orders accounted for 25% of ALL Starbucks transactions. That’s a TON of to-go lattes!

Mobile rewards success at Starbucks, in part due to the changing retail landscape of the pandemic,  inspired some pretty significant changes within the company. Just as news of her departure entered into the fortune 500 zeitgeist, Brewer teased one final initiative to widen accessibility at Starbucks for post-COVID coffee drinkers: “the future drive-thru concept,” which is merely one of a handful of similar models fast food and fast casual brands have begun piloting across the country.

These are not just “updated takes on old classics” writes Danny Klein of Quick Service Restaurants, “they’re completely reimagined venues with features that would have been laughed out of the boardroom before.”

We’re talking conveyor belts, iterations of the drive through that put the McDonalds two lane system to shame, as well as mobile and take-out only locations.

Starbucks will attempt a foray into many of the Jetson-esq store trends thought up over the past year.  And yet, skepticism is to be expected when a top brand like Starbucks commits to this degree of operational change.

Quite possibly the most valid concern is the impact these changes will have on Starbucks’ rich history “as a gathering place as much as one to serve coffee.” In fact, Starbucks locations that remained fully operational in states with less COVID restrictions on restaurants became something of a respite to the millions of Americans confined to work from home.

But that is perhaps what makes Walgreens such a great fit for Roz Brewer. Innovating beyond mobile rewards could be detrimental to part of the Starbucks brand that makes it the convenial, local coffee house for thousands of American towns. On the other hand, no one wants to convene at the pharmacy. The convenience factor Starbucks has begun to double down on, Walgreens is almost completely lacking. But that is not because the company lacks potential for increased accessibility. There’s the pharmacy drive through pick-up window, the prescription status notification program, the auto-refill and delivery service, and even a reward spending system already in place at Walgreens, all of which are clunky, inefficient, and poised for massive improvement. Digital logistics. That’s what Rosalind Brewer, and why we think the market will continue to bet big on the retail pharmacy through 2021.