In the Numbers | April 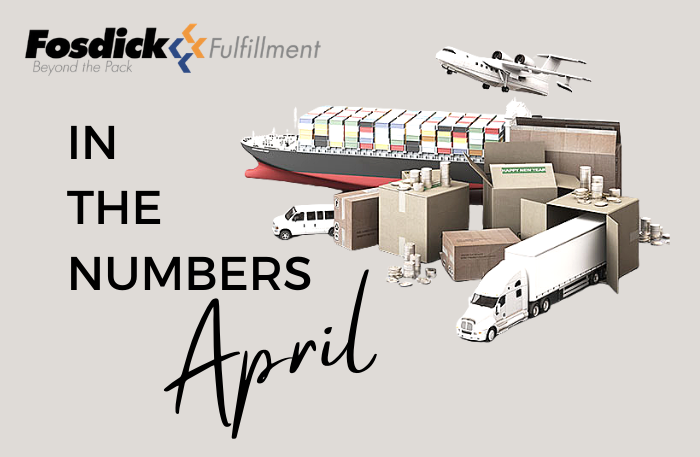 Trucking companies are reluctant to add capacity despite a boom in demand. The industry has bounced back faster than anticipated, but it’s not all good news. The problem is this: manufacturing, construction, wholesale trade, and last-mile retail are all trucking from different regions with scheduled drops at any combination of big cities and one-horse towns across the country. That’s not new, and in normal times (henceforth, there is a such thing as normal, and it refers to life pre-coviid) there’d be no issue. Suppliers would meet demand, and from the factory to the forklift to the truck bay to the job site, storefront, or doorstep everyone would thrive.

The difference now is the inconsistency of the virus in terms of where it lands and how hard that region is hit. Trucking, for all intents and purposes, is a microcosm of that unpredictability, as outfits struggle to forecast demand from an infant economy that has only just picked itself up off the mat.

“States are reopening at different rates and are being hit by the virus at different times. This is leading to unseasonal peaks and valleys in manufacturing output and consumer demand,” said Ken Adamo, chief of analytics at DAT. “Carrier networks are out of balance due to inconsistent freight demand at a commodity and lane level, and this is leading to a spike in demand for spot freight in order to meet the capacity need.”

Werner Enterprises CEO, Derek Leathers says that capacity is going to cost. “I can’t overstate some of the issues going on in the supply side.” The most profound of those supply side issues, of course i

But the biggest supply-side issue can traced back to the heart of trucking outfits: the drivers (or lack thereof). In a classic case of chicken-and-egg, a national driver shortage is both a causal factor to truck capacity limits, and an accelerant of the problem. Many late career drivers are retiring early. For those truckers firmly planted within that high risk demographic, it just doesn’t seem worth it to continue driving right now. Some industry experts believe COVID may also be to blame for the lack of new drivers coming to the industry. 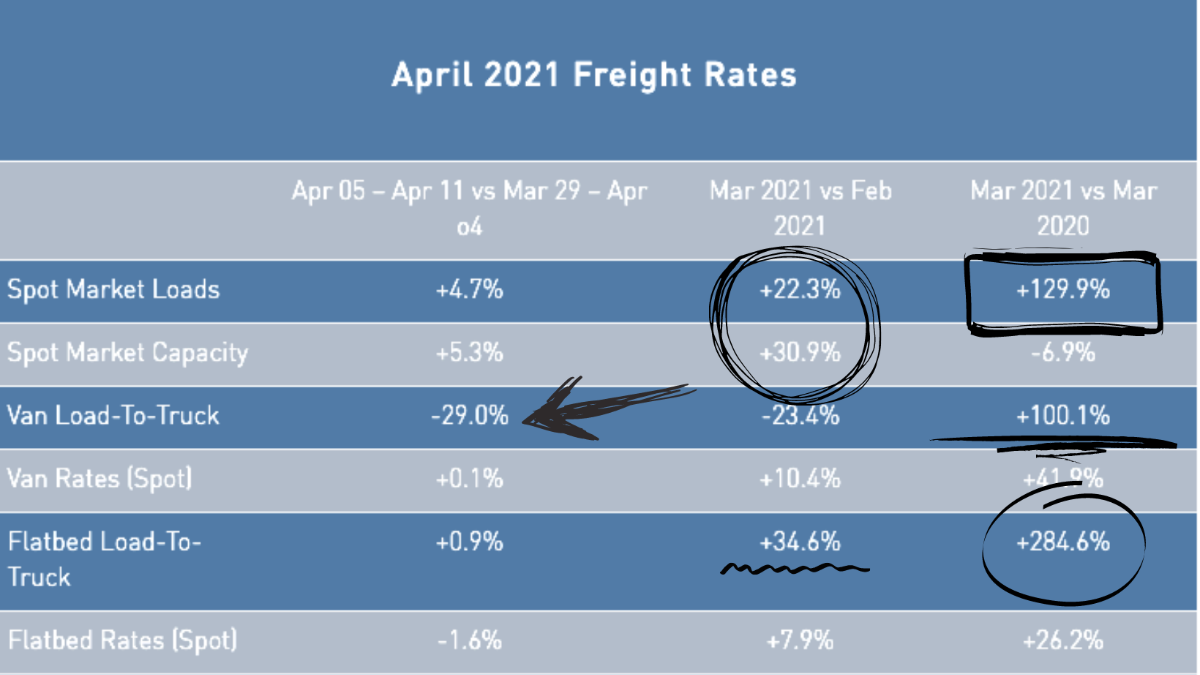 Even just a year ago, driver shortages would likely not have cut so deep. As the world recovers from the pandemic, Americans are emerging from fall-out shelters and stepping out into a brave new world. Ecommerce grew 44% year-over-year – the biggest annual growth in two decades and nearly triple the 2019 jump. In the same span of time, the Dow experienced the biggest single-day drop in history, and subsequently climbed to a new all time high of 34,200.67.

More recently, retail sales soared 7.4%. fueled by a fresh round of stimulus and increased consumer confidence.That’s not just online. The data confirms “people are going out and spending and that in-store traffic has picked up,” said NRF chief economist Jack Kleinhenz. “After a disappointing February, there was a perfect alignment of factors supporting a surge in shopping in March. Economic stimulus payments encouraged further reopening of the economy, the public health situation improved with more vaccinations, employment grew and there was seasonal activity around Passover, Easter and spring break.”

The impact of a retail spending boom on an already limping freight industry is obvious. But the true gravity of the situation is difficult to conceptualize. Perhaps the best qualifier is the Cass Freight Expenditures Index, which measures the total dollars spent on freight transport and includes both contract and spot market rates. According to the data, the amount shippers spent in March on shipping goods to their customers spiked by 17% from February, by far the biggest month-to-month increase going back to 1990. If volume follow a normal seasonal pattern from here on out, the Cass Index will be up over 30% year-over-year in Q2.