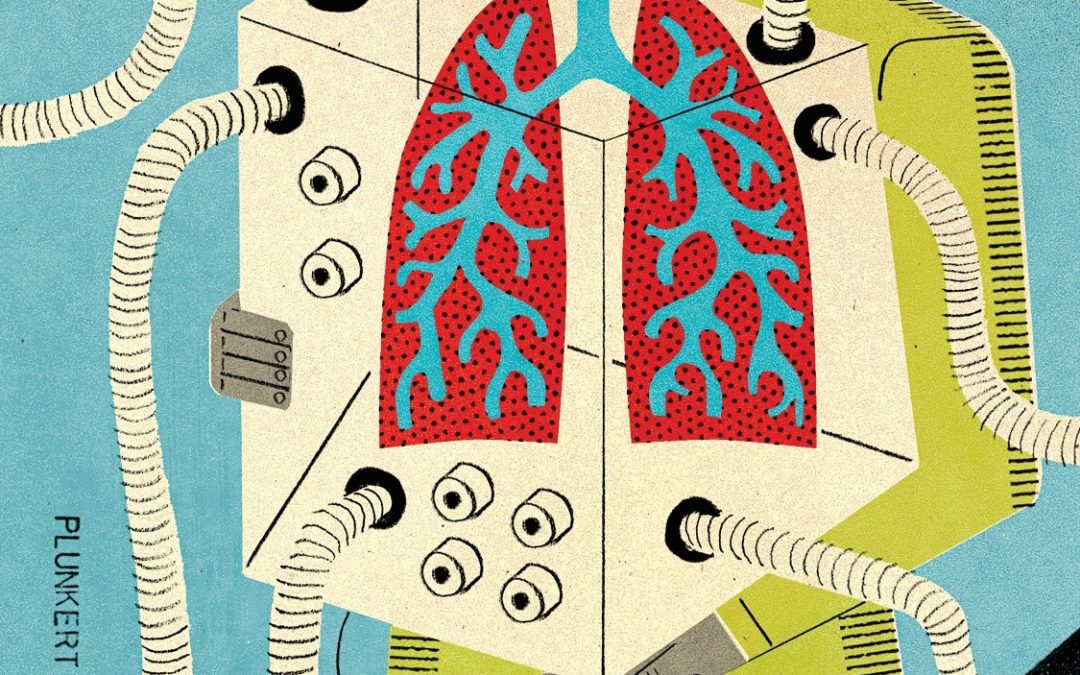 There are a few supply and demand issues right now that are especially severe. The mysterious TP supply shortage is one example, (though it is not clear why exactly there is an increased demand there…), and anyone hoping to keep their home in a perpetual state of “deep clean” will be hard pressed to find bleach, disinfectant, sanitizing wipes, Purell, or anything of the sort at local brick and mortar stores. 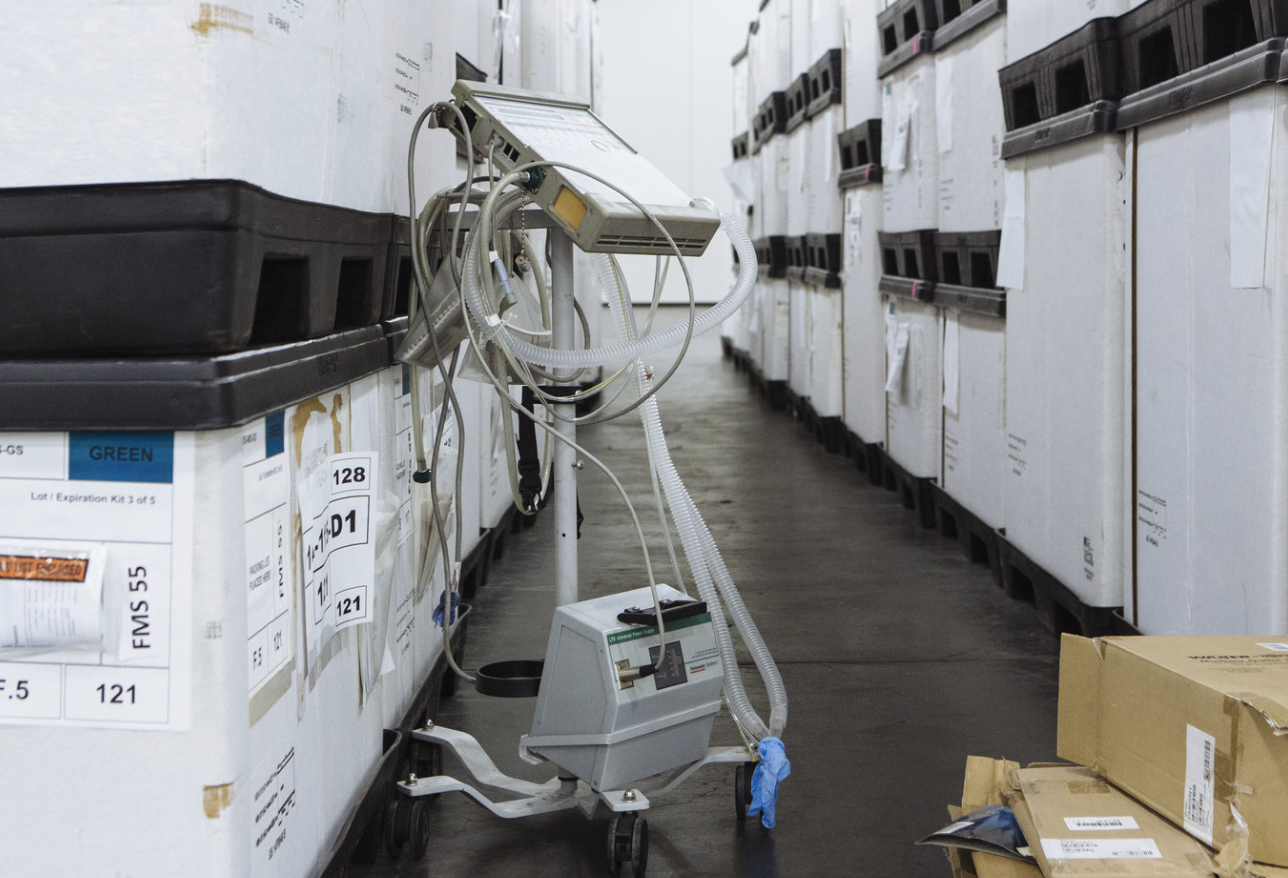 If you’re not embedded in the medical community, though, you probably have not thought much about how the healthcare system and our ability to treat COVID victims has been affected.  The contagious influence of the novel coronavirus is real; the volume of afflicted individuals and the implications for medical responders underlies much of why we are practicing social distancing in the first place.

But the nature of this virus and the way it manifests in the most severe cases has the healthcare system scrambling for some of the most vital medical material and equipment. In the case of COVID, which at its worst can mimic a more serious pulmonary issue, that means ventilators.

Ventilation is by no means standard treatment. Simply put, the ventilators help people breathe who cannot otherwise breathe on their own. Other than during surgeries where general anesthesia is used, mechanical ventilation is typically associated with pretty dire health conditions. As Dr. Kathryn Dreger explains in her New York Times opinion piece from last Saturday, It’s called life support for a reason…it buys us time.

Even in the case of COVID, as Dreger’s article is meant to outline, ventilators are not meant to be the adjustable wrench of the treatment tool kit. Patients who have become sick to the point of requiring ventilation are the exception. Or, at least, they should be. This is a relative exception though – one the American hospital system is not prepared for. A ventilator shortage means patients are being denied lifesaving care. And as has already happened in Italy, doctors may have to choose which patients receive ventilation, and thus live, and which do not.

According to the New York Times, there are roughly 170,000 ventilators in the US. Meanwhile the American Hospital Association estimates 960,000 people infected with the coronavirus will need ventilation. This glaring issue of have and have not poses a litany of questions. But at the core of all this uncertainty we’re all really just wondering how the healthcare system plans to procure 800,000 ventilators…like yesterday.

The obvious answer is for manufacturers to max out production – pay overtime; hire extra workers; run the factory 24/7. They already know how to make ventilators and already have FDA approval.

The problem with that strategy, as those of us who work along the supply chain already know, is that volume is contingent on logistics, procurement, manpower, and just general infrastructure. No single entity is set up for the numbers reported by the AHA.

Take Ventec Life Systems, for example. The Washington-based medical supply company boasts the smallest portable ventilator with integrated oxygen concentrator, cough assist, suction machine, and nebulizer for medical use in hospital or home. Ventec can do around 200 of these a month. They could maybe get that up to 1,000. But that’s not going to be nearly enough.

And so in a massive and inspiring joint effort, manufacturing companies from all sectors are racing to help. This episode of Planet Money from March 31 outlines one particular collaboration between Ventec, GM (who recently announced they’d be stopping automotive production to help scale Ventec’s capacity), and a tiny die-casting operation from Minnesota.

Here’s how it all goes down…

Ventec CEO, Chris Kipple begins fielding calls from health departments and heads of state all over the world looking for ventilators. The device has about 700 components, the majority of which are custom, and sourced from up to 80 separate global suppliers at any one time. This is the first massive hurdle.

Enter GM who wakes up its entire supply chain team on a Saturday morning in a by any means necessary approach to help secure the material Ventec needs. This includes a mass email to every current and former GM contact in tooling. They call it Project V ( for ventilators). Every important mission needs an equally important sounding code name. This particular mission has reached a pivotal moment. Ventec and GM need die castings.

One piece that is essential to the Ventec design, and one that would be best located domestically,  can be best described as a tiny metal piston. Todd Olson’s company, Twin City Die Casting, can make that piston. But a normal order would be a few hundred a month. GM wants 20,000.

Twin City is small, employee owned, company out of Minnesota specializing in die casting technology and machining. Founded in 1919, It’s also one of the oldest operations of its kind in North America. According to Olson, about 60% of their business comes from automotive.

Normally, on-boarding new production for something like the piston order would take 12 weeks. Olson, GM, Ventec, and the patients all over the country in need of ventilators don’t have 12 weeks.

First, Twin City needs a mold. Olson reaches out to one of its tried and true mold partners in Michigan who pulls in all of its people and runs the shop around the clock all weekend long.

At the same time, Twin City begins mobilizing on the promise that Michigan is able to deliver on the mold with unprecedented turnaround. Olson brings in every engineer and every former engineer (now manager). Though promoted through the ranks long ago, supervisors have agreed to lend their hands to a type of work they have not done in many years.

Basically, Twin City starts by running computer simulations. They need to figure out the optimal speed to fill the mold with molten aluminum. If the pour is too fast, the material will bubble, and if it’s too slow, the mold won’t fill.

These calculations usually take months. Twin City gets it done in one long weekend. Towards the end of this process, just as engineers are getting close, Todd Olson gets an email. The mold is on its way.

At 9 AM the next morning, less than one week after the GM all-call for die casting, the first piston is done.

19,999 more pistons must be made, delivered, and assembled, along with 699 various other components that comprise Ventec’s intricate ventilatory design. But to have even come this far – to have sourced material, built tooling, poured, refined, packed, shipped, and delivered just one piston – is a tremendous feat. It is also one that must take place hundreds of thousands of times again and again, just so the most severely afflicted American COVID patients can receive proper treatment.

It’s safe to say, America has not known ingenuity like this since WWII. Necessity breeds innovation, and the current state of affairs feels a lot like the environment that brought about vulcanized rubber, synthetic oil, Penicillin, and nuclear power in the 1940s as a part of the domestic war effort.

Still, more people will die, and doctors will play an active role in that death as they are forced to prioritize one patient’s care over another, largely due to a shortening bandwidth and lack of resources. But if one more ventilator gets to one hospital and saves one life – if that hope exists, then it’s a worthy effort, no?

Todd Olson thinks so, and says as much right as the first mold is poured: Twin City’s been in business a hundred years, and this might well be our biggest moment.