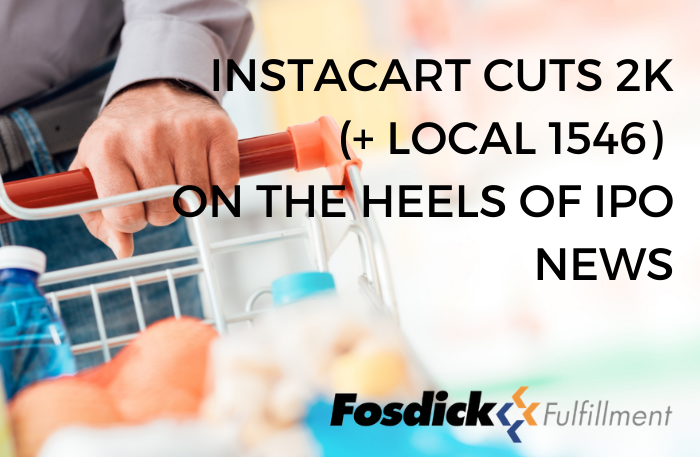 Grocery-delivery service Instacart is laying off roughly 1,900 workers, including those who have recently unionized. In most cases, these workers are independent contractors, meaning they are not technically employed by Instacart. Rather, the company employs their services and pays them as vendors. Each independent contractor is also the sole proprietor of a separate business entity representative of his or herself and the service they provide.

Uber’s drivers follow the same model, but think about how often your driver has both Uber and Lyft ensignia somewhere on the car. That’s because that driver is not an employee of either. Instead, he or she is the owner and operator of a completely separate entity. That’s right – your Uber or Lyft driver and his or her Nissan Altima is, by all technical measures, a third party, B2B, transportation services company.

And you better believe if a competitive ride sharing application were to suddenly emerge today, your driver would slap the new brand’s logo on their windshield, and drive right along, content to have added a sales channel (or to have diversified a revenue stream, depending on how you look at it).

And it’s a win win, because for that new ride hailer, the work of building a quality, well-vetted driver network is done.

Door Dash “Dashers” had an even larger pool of potential partner businesses for which to provide their delivery services. The company has morphed into a veritable last mile fulfillment service for…well, everything.

Instacart, on the other hand, is largely synonymous with grocery delivery. So, it seemed strange when the company announced it would be removing in-store shoppers from all Kroger stores, and those would no longer need the near 2000 shoppers working in those stores on behalf of Instacart.

The move got more than anticipated attention as the company fired 10 workers who recently became part of the United Food and Commercial Workers Local 1546.

This could certainly be coincidence, and since the unionized workers only comprise 5% of total employees who were let go, that is more than likely the case. But then again, headlines like Instacart is firing every employee who voted to unionize from The Verge have us second guessing.

The 10 unionized workers were all in-store shoppers at Mariano’s, a small grocery store in Skokie, Illinois, a suburb of Chicago. The group voted to unionize last year with the United Food and Commercial Workers Local 1546 (UFCW). The decision to organize was said to be a landmark victory for gig workers and represented “the first time employees of tech companies that rely predominantly on contract labor have formed a union to collectively bargain for better wages, benefits, and working conditions.”

Local 1546 had just begun negotiating their first contract when news of the layoffs hit. “These layoffs are totally discouraging for any gig workers who are trying to do something to make these jobs better,” one unionized worker told Motherboard. On the docket for the first round of negotiations were issues like health insurance and vacation time.

Instacart addressed the layoffs as well as the split from Kroger store in a letter to the union, saying that at present, Instacart is looking for ways to place the impacted workforce (which we presume to mean the unionized workforce) with other retailers or offer them jobs at grocery stores that still rely on in-store shoppers.

The reasons behind the shift are pretty strategic. In a blog post, the company talked about winding down in-store operations, and instead utilizing something Instacart refers to as “Partner Pick.” The partner, in this case, would no longer be the contracted shopper but instead, the store itself.

Instacart issued a statement regarding the Partner Pick program and the effect on former in-store shoppers, especially those who are Union members:

“As some grocers are opting for ‘Partner Pick,’ we have to wind down our in-store operations over the time at select locations. We know this will be a challenging task especially when we are moving through the crisis of coronavirus pandemic. However, we will do everything to ensure that our in-store shoppers have a smooth transition through this.”

Instacart said that along with shifting impacted shoppers to locations where in-store shopper roles are still open, they have asked retail partners to take on these displaced shoppers for the roles they are hiring.

All of this comes on the heels of Instacart preparations for public offering, and we do not think that is a coincidence. Transferring the financial burden of gig workers onto the grocery store brands with whom Instacart provides grocery delivery service is likely low hanging fruit on the path towards profitability. Offloading all those vendor services will reflect a massive reduction in operational and employment costs on the Instacart balance sheet. And even if the effect of Partner Pick doesn’t balance the books right away, it will at very least outline a clearer path.

There’s also an opportunity to reallocate the cash previously spent on gig work contracts at Kroger stores towards an initiative that might help Instacart stay in the fight with competitors like DoorDash. Namely, we are talking about last mile fulfillment that transcends groceries.

Whatever Instacart’’s ultimate plan, we have seen this time and time again with S1 filings and even annual reporting. If Instacart can channel their best Jerry Maguire and show investors the money, or at very least, outline a path towards profitability, the company stands to gain massive investor support. Even if the company can simply point to the spot on the map where they eventually plan to blaze that trail – historically speaking, the payoff can be big.