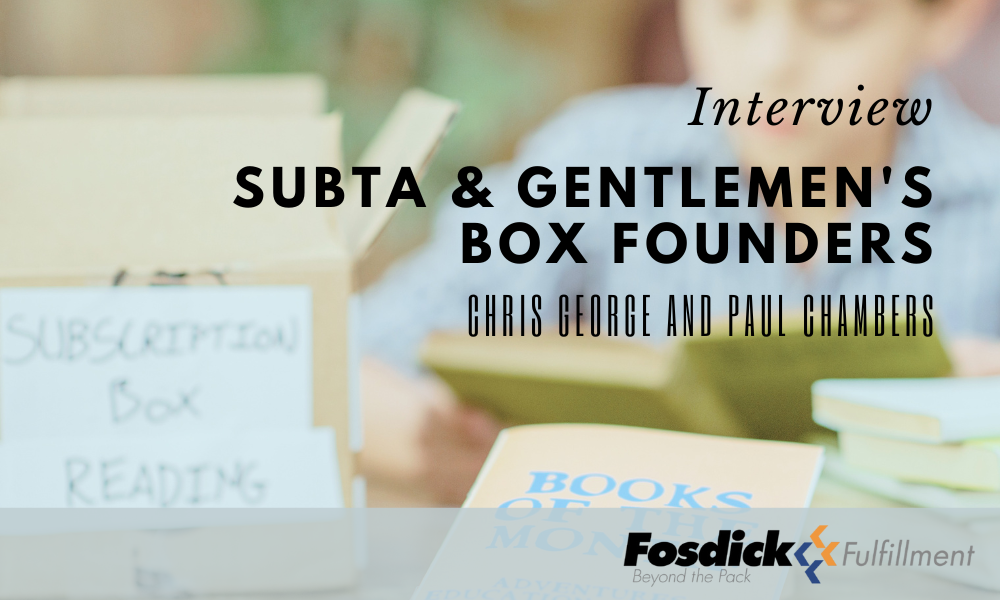 Gentleman’s Box, a subscription service for men’s lifestyle products founded in 2014, was the first foray into ecommerce for Chris George and Paul Chambers. After six years and 400,000 orders shipped, Gentleman’s Box sold to Jeff Zeiders of Mobile, Alabama for a deal reported to be in the seven figures. Zeiders is CEO of The Cigar Club, another subscription e-commerce company.

After exiting Gentleman’s Box, George and Chambers joined forces with a third partner, John Haji, to found the Subscription Trade Association. SUBTA – as it has come to be known within the industry – formed in 2017 with a mission to develop a sense of community among subscription business entrepreneurs while also encouraging healthy competition.

George and Chambers recently appeared on the Ecomcrew Ecommerce Podcast in an episode titled “Unpacking The Concept of Subscription Boxes with Chris George and Paul Chambers.” Here are some of the highlights from the interview with George and Chambers touching on everything from their early beginnings with Gentleman’s Box to the foundation of SUBTA:

SUBTA will have its annual SubSummit in Orlando, Florida on June 1-3, 2022 for anyone interested in going into subscription. For additional information, visit the SubSummit website.

SUBTA offers free and premium plans with access to educational resources for those who want to learn more about the subscription sector. To learn more, go here. You can listen to the previous episodes of the podcast on iTunes.