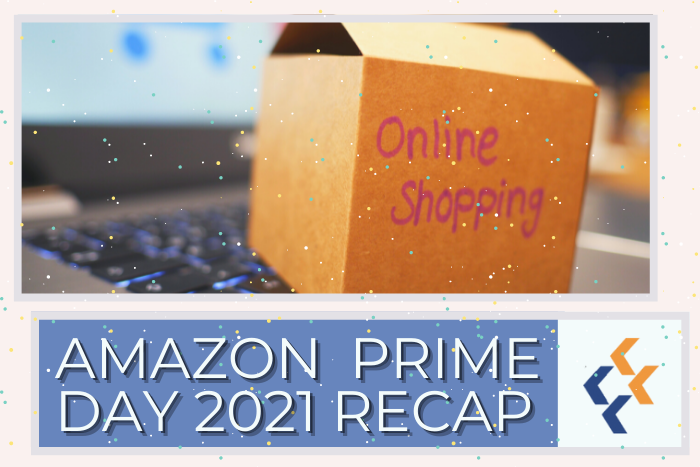 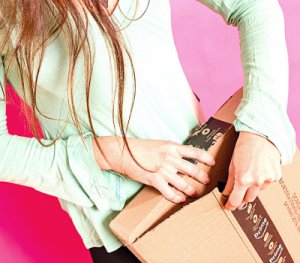 Still, the 7th Prime Day was another record-breaking two-day event for the retail giant, but only by a small measure. According to an early study by Digital Commerce 360, Amazon’s two-day sale-palooza event is beginning to stagnate a bit with year-over-year growth slowing significantly over the past few events.

Perhaps this is true, but even the Godfather of online shopping has a ceiling, and the scale of Amazon has been such a whirlwind, it becomes easy for us to sit back and scoff at $11.19 billion internationally over the two-day period. This 7.6 percent jump from the last 48-hour event in October 2020 marks what many are calling “slowing” Prime Day sales growth. It seems sort of silly, but technically it’s not wrong. Still, it could also be that Amazon has gained such a massive share of online retail, and Prime Day has been so historically successful, that there just isn’t that much room for further expansion. 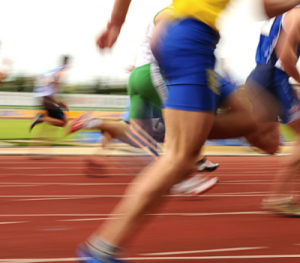 We think about phenomena like this through the metaphor of the coveted 100 meter sprint in track and field. In the US, the fastest time posted for the past five years averages around 10.08 for men and 11.36 for women. average 100 meter state championship time for the past five years averages around 10.83. In NCAA Division 1 competition the average winning time for the same five year span was 9.96 for men and 10.96 for women. That’s just a 2 percent and 4 percent time reduction, respectively, which makes sense when one considers that we are dealing in year over year champions – aka the best of the best when it comes to running 100 meters from point A to point B.

The data on 5 year 100 meter averages for all competitors (winners, runner ups, all the way down to non-qualifiers) looks much different. For instance, in a meet from this past April, high school runners in our home state of CT posted an average time of 13.44 for men and 15.97 for the women. The overall winners ran 11.09 and 14.15, respectively. In other words, from high school varsity competition to NCAA champion, times improved by 26% for men and 32% for the women.

This iteration of the metaphor aligns well with the journey from the start-up phase to controlling the large majority of market share in a particular industry. Amazon has held this title – and remained a mostly uncontested champion – for nearly a decade, hovering around 50% since 2012, and owning over a third since around 2007/2008. What’s more, these years at the top only account for half of the company’s relatively young life, which further demonstrates the idea that the younger a company is, the further it is from actualizing scale, and thus, potential year-over-year growth is much more significant (and impressive looking on a graph).

But back to this year…

According to Amazon, Prime members globally purchased more than 250 million things during the 2021 event. Those purchases all sort of make sense when viewed through the lens of the COVID economy. Each product category represents one of three phenomena:

Here is a short list of the best-selling categories worldwide from Prime Day, followed by a short working theory for each that attempts to pinpoint the motivating factors. 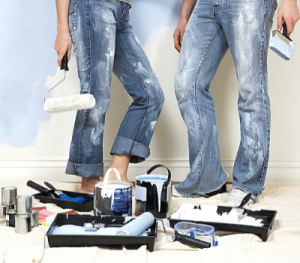 Beauty (the at home glam trend – this took place shortly after the 24/7 pajama phase among those who’d grown accustomed to a certain level of professional primping),

Nutrition (with gyms closed, many sought to find fitness at home and built some pretty impressive exercise spaces. Nutrition, while not exactly the same thing, is a first cousin to fitness, and most trainers and coaches agree the two go hand in hand, or at least they should…) 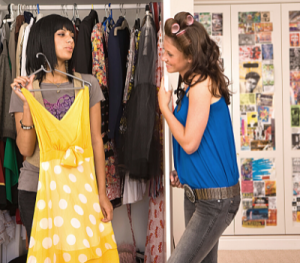 Kindle? Not sure what other devices Amazon makes)

Electronics (better, faster tools for the home office, as well as the only real source of entertainment – unless your family is really into Bridge or model ships inside glass bottles)

Clothes (for the first big night out on the town to an outdoor restaurant and in anticipation of a full reopening of nightlife. Also, remote school will likely NOT be an option for American students next fall)

Prime Day, which provides discounts for numerous products on Amazon.com, debuted in 2015 to commemorate Amazon’s 20th year in operation. It evolved into a summer sales holiday aimed to boost Amazon’s — and the retailer’s marketplace vendors’ — sales before the holiday shopping season. To capitalize on the additional online shoppers, other prominent retailers have provided specials on their own websites around Prime Day in recent years. You know what they say: if you can’t beat ‘em, market a competing top down, eCommerce sale. 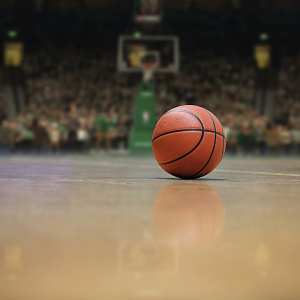 This year, Prime Day occurred less than a year following the 2020 sale weekend, which likely also plays a factor in stale 2021 purchasing volume. This is not uncommon among annual events that were held off due to COVID, and which were set back on schedule for 2021. Amazon moved Prime Day from its regular summertime slot to mid-October last year due to the coronavirus epidemic, which altered consumers’ purchasing priorities, disrupted retailers’ supply chains and inventory, and drove more shoppers to Amazon.com to acquire needed items – a hard act to follow in 2021.

Similarly, the Milwaukee Bucks were named the 2021 NBA champions after a six game series, which culminated this past July. The playoff and subsequent finals followed a season that began less than two months following the 2020 Orlando bubble season, and the media frenzy encouraged by the simple fact that bubble basketball was the only pro sport accessible to fans during lockdown. And much like Prime Day, viewership of this year’s NBA finals was among the lowest on record. The takeaway: distance – or in this case, time – makes the heart grow fonder.

It’s also notable to mention that Amazon’s 2020 postponement of Prime Day and it’s impact on the online and DTC retail landscape more generally was probably not 100% strategic. Still, it proved a happy accident for Amazon, and was the catalyst to a logistics disaster for much of the rest of the industry.

Prime Day is also a vehicle for Amazon to sign up more customers for its Prime membership, which costs $119 per year or $12.99 per month and includes benefits such as free one-or two-day shipping, digital photo storage, and movie streaming. Prime Day bargains are only available to Prime members: a club which has successfully recruited 200 million users globally, according to CEO Jeff Bezos’ annual letter to shareholders in April. This is an increase from 150 million global Prime members in January 2020 to 100 million in April 2018.

For the second year in a row, it was evident that Amazon was focusing more on its marketplace sellers, which the e-tailer refers to as “small businesses,” though only a handful fit that bill in the conventional sense. Unsurprisingly, 2021 results support the company’s commitment to the marketplace. According to Digital Commerce 360, sales of marketplace products increased by 12.0 percent. According to a preliminary study, Amazon’s own products, which include its private-label goods, grew by 5.3 percent. “Prime Day delivered the two most important days in the history of small and medium-sized enterprises… “Amazon retail is expanding even faster than Amazon,” the company noted in a post-event press release.

Prior to 2020, Amazon’s marketplace sales as a percentage of total Prime Day sales had been dropping. This is most likely due to Amazon’s heavy promotion of its own products, such as Alexa-enabled devices, during the sale. Each year, its devices frequently topped the list of best sellers, and marketplace vendors accounted for just around a third of Prime Day purchases. This differs from Amazon’s annual gross merchandise sales, of which marketplace vendors contributed for over 60% in 2019.

An analysis of Prime Day 2021, however, reveals that the share of marketplace purchases have increased. Some estimates indicate marketplace sales accounted for around 36% of Prime Day sales, increasing from 35% in 2020 and 32% in 2019.

It’s clear this uptick is the manifestation of Amazon’s concerted efforts to promote marketplace sales and encourage digital wallets to trend in that direction. During Prime Day, for example, it provided “curated small business collections,” allowing customers to browse marketplace vendors’ products by merchandise type, business location, and collections such as Black-owned, woman-owned, and military family-owned businesses.

In addition, if Prime members purchased at least $10 on items offered by marketplace vendors between June 7 and June 20, they received $10 to spend on any product during Prime Day. According to the firm, more than 300,000 vendors were qualified for the “Spend $10, Get $10” campaign, which was more than double the number of merchants eligible last year. Amazon took complete financial responsibility for the campaign, which generated $1.9 billion in sales in the two weeks leading up to Prime Day, up from $900 million the previous year.

How did Prime Day perform on non-Amazon sites?

Various other online stores wisely announced bargains during Prime Day in order to profit on the increased volume of web traffic. According to Digital Commerce 360’s survey, 50.8 percent of the top 250 North American merchants sponsored a widespread sales event on their ecommerce sites, and in many cases, these brands went as far as to include the word “Prime” amid messaging.

Retail chains accounted for 40.7 percent of all sales, much outnumbering any other merchant group. Retail chains have an advantage over other retailers since many provide in-store pickup. For Prime Day, and during the period of near peak-season order volume that resulted from pandemic lockdowns, in-store pick-up helped these sellers avoid dropping the ball on free and fast shipping guarantees, which thanks to Amazon, has become the industry standard. they could not meet.

Among the top 100 retailers, which include Walmart Inc. and Target Corp., 57 percent offered a widespread sale and 35.7 percent explicitly promoted a competing Prime Day sale by using similar language such as “Prime,” “two-day sale,” or “no membership required”—fightin’ words narrowly aimed at Amazon, which requires Prime membership to participate in Prime Day deals.