The Challenges of the Sub-Box Business: How a Tried and True Fulfillment Partner Can Help you Weather the Scale Storm

Wallingford, CT – September 6th, 2018 The role of e-commerce in the grand scheme of retail is perhaps larger than anyone ever expected. Growing fast with no clear end in sight, it is no wonder an online store is as fundamental to start-up retailers as inventory itself.

Last year alone, consumers spent $453.46 billion on the web, accounting for nearly half of total retail sales growth. These numbers are certainly staggering, and only rivaled by annual e-commerce growth rates of the years leading up to 2011 when online sales made average leaps of 19%. 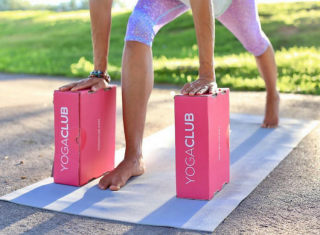 It seems clear that the success of e-commerce, both over this past year and at the end of the last decade, can be attributed to innovations in online shopping.

In 2010, economists pointed to search engine optimization to explain the volume. The internet had been universally accessible for close to ten years, throughout which time big tech was able to hack and leverage user search behavior as market demographic data.

Let’s also not forget that during this time the country was recovering from a major financial crisis, which put thousands of brick-and-mortar stores out of business, including chain retailers like Circuit City and Filene’s Basement.

This year’s increase, on the other hand, can be explained in one word: Amazon. The company, which was responsible for 53% of e-commerce growth, has firmly asserted itself as the cornerstone of online retail. Through features like Spark, Amazon has only further strengthened its product discovery and purchase capabilities.

But the e-commerce machine, no matter how well-oiled, cannot be fully responsible for the 2017 numbers, could they? Well, not directly. The success of Amazon has forced other online retailers, and even small boutique storefronts, to adapt or die. Simply put, in an attempt to compete, more companies are launching online stores, and so over the course of the last year, the market share of e-commerce in the grand scheme of retail has become larger.

Amidst the great success and locomotive growth of e-commerce, of which Amazon is the conductor, there is one factor at play threatening derailment. It has nothing to do with business execution and everything to do with consumer behavior.

Brick-and-mortar business is largely dependent on foot traffic and unsolicited visits from passers-by. He or she enters a store just to look with no real purchase goal in mind, and while browsing, discovers something for which they suddenly realize they have a need.

It is possible the consumer in the above scenario regrets their purchase later on. And it is just as likely, they strike gold, falling in love with a product. From here, word of mouth does its magic, and a business is built.

This idea of leisure shopping to kill some time, or shopping as a social, a way to spend a Saturday with a friend or loved one, offers an opportunity for discovery that just does not exist in the online shopping experience.

E-commerce has created an environment where shoppers start their search with an item in mind, find a few options that align to a need, and then scour the internet for reviews of each. Once a particular brand is pinpointed, it is put through an intense vetting process to the extent that the consumer knows exactly what he or she is getting down to the fine print specifications of the product.

As we reach a point where online shopping no longer feels novel, some shoppers are becoming disenchanted with this process. Certainly there will always be those who prior to the internet age, only entered a retail store when they absolutely had to. For these consumers, e-commerce has forever saved them from what once seemed a necessary evil.

What is more likely though, is that the bulk of shoppers fall somewhere in the middle of completely practical and Carrie Bradshaw. They want the ease and convenience of ecommerce, but with the potential for surprise and discovery consistent with traditional retail shopping.

Perhaps the reason why this fissurein the market platform has not had a more significant effect on the numbers is because of the growing number of startups offering a solution as an ancillary benefit of doing business. Companies following the subscription box model, for example, have found a way to meet the market’s desire for time-saving simplicity and a Christmas morning type shopping experience.

This provides the customer an chance to shop in a sense. For example, yoga enthusiasts in the market for new active or leisure wear, but without specific pieces in mind, might subscribe to YogaClub. They will receive a collated box monthly or quarterly that includes a range of YogaClub and partnered company products.

Those at the receiving end of the YogaClub box engage in what feels like traditional retail shopping experiences as they stumble on and try new products. In some cases they might fall in love with a brand and style of leggings, for example, they had not before considered. Other times they might decide a few of the pieces in that month’s box are not for them.

With apparel especially, the subscription box model is able to shorten both the e-commerce and  brick-and-mortar conversion funnels dramatically.

The yogi in need of new leggings signs on to their favorite e-commerce website and orders a pair in a style and color they have worn before in which they feel comfortable. Each time that same person signs on Facebook, they are seeing ads for similar pairs, or of other pieces in similar patterns, fabrics, or tones. Ultimately, this consumer is never exposed to any variety in a brand’s merchandise, limiting the breadth with which the brand is able to reach and convert on the consumer.

In a brick-and-mortar store, this same yogi sees a pair of leggings on a retail store’s rack, notices the unique style or color variation, but decides it is not quite right for them, and moves on. Here, the consumer recognizes their own intrigue outside the realm of what they typically purchase or wear. The brand does not convert on this consumer, however, because for the consumer, the conceived risk associated with trying a new product, as well as the physical act of the purchase, outweighs the intrigue.

In the subscription model, the box has already been paid for. Let’s say it contains a similar pair of leggings to the ones the yogi saw and admired in the brick-and-mortar store but second guessed when it came time to make a purchase. Now that those leggings are already in their possession, nothing is lost in trialing them at their next class. The subscriber finds that they quite enjoy the way they look and feel in a pair of pants they would have otherwise never picked for themselves and suddenly the nature of their consumer behavior is transformed and broadened.

In the opposite scenario, where the leggings don’t work out, the subscriber will likely not encounter the feeling that accompanies a regrettable purchase. This particular sub-box is of similar cost to boxes that have preceded it and boxes that will follow, and it is plausible that the sense of a shopping win applies to at least some of the items in the current box.

The Proof is in the Numbers

These anecdotes highlight admittedly convoluted evidence of subscription box marketability: namely, how these companies can bridge a gap in the e-commerce shopping experience. Ultimately, however, the proof is in the market response, and the numbers do not lie. Sub-box site visits have grown 800% since 2014, with beauty and food niches accounting for the bulk of hits. In just the US, sub-box companies have cyphoned 18.5 million subscription shoppers from this traffic.

While these numbers are certainly a testament to the sustainability of subscription based companies, the model is not without inherent complications, specifically with respect to the logistical effect on a sub-box startup’s ability to scale.

For box companies, initial subscriptions come fairly easy, but at great cost. Brands go to great lengths to incentivise sign ups, and once incentives end the rate of dropout is high. Fundamentally, once a deal term ends and subscribers are forced to pay the full rate for a box, they opt out of the service.

This makes acquisition quite expensive. Some companies are not making money on a customer until after multiple subscription cycles have passed. That said, considerable capital is required at the front end of acquisition, and so gradual, organic growth is difficult.

Subscribers may not stick around after trial periods because of cost, or lack of satisfaction concerning a product, but also as a result of the growing pains sub-box brands go through in shipping and fulfillment

Subscription boxes require a level of customization and attention to detail that is like no other plane of business to consumer fulfillment. And even when the fulfillment end of the company has found its groove, operations can be upset yet again by scale.

More customers means more product fulfillment. This is pretty cut and dry in conventional e-commerce, but in the sub-box game it translates to a greater depth of individualization and a fastly shrinking margin for error.

The bottom line is when mistakes are made on the fulfillment end of emerging brands customers are lost, and likely for good. Perhaps this is why big brands have been able to seamlessly adapt subscription boxes as additional revenue streams. Established companies like Starbucks, Sephora, and Adidas have far reaches to existing sets of customers, in addition to advanced information of market demographics. Not to mention, the success of these companies’ online and brick-and-mortar stores are able to support the need for operational efficiency as they gain subscribers.

For a startup, scaling is the goal, as well as an affirmation that their founding business model works and can be multiplied to drive sales and profitability. In the world of sub-boxes though, scaling presents the potential for implosion.

As a company leader in the sub-box industry, one of the best ways to mitigate the effect that logistics monitoring can have on an inception or a growing customer base is to focus on fulfillment. Fulfillment is more than packing boxes, slapping on a label, and sending them off. Each phase of a company’s growth means further customization of systems and more attention to detail.

To say that shipping and fulfillment are vital to a company’s success is a severe understatement. Sub-box founders work tirelessly to develop products and build narratives that accurately brand their businesses. Why be anything but maniacal about who to entrust with the defense of that brand at the phase of the transaction closest to the customer?

The vision for a sub-box company and its product line is so closely related to presentation and the aesthetic experience. So much of this happens on the fulfillment end. In considering fulfillment options, consider the following:

Once a decision is made, an open minded approach to roles and responsibilities goes a long way. At the end of the day, the reputation of both the subscription brand and the fulfiller are contingent on this relationship. Collaboration on operational challenges inevitable to getting off the ground and growing to scale will ensure the preservation of a quality standard and success for years to come.