Here is Everything You Need to Know About the Cares Act 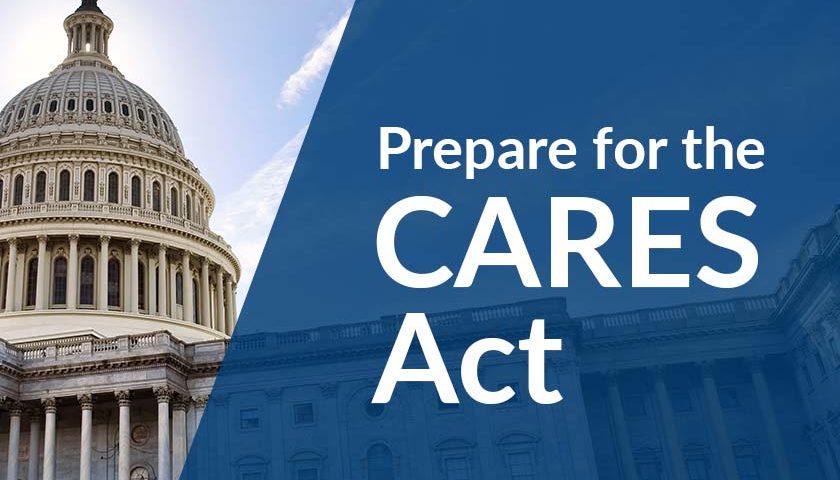 Last week, the 116th congress passed a stimulus package meant to provide economic relief to businesses and individuals after the economic traffic jam caused by COVID-19 and the call to action for social distancing. The Coronavirus Aid, Relief, and Economic Security Act (CARES) is worth roughly $2 trillion (with a T) in relief spending. So who gets what and how much?

As with the virus itself, there is a ton of information out there regarding this stimulus. Each update looks a little bit different from the last, which is particularly the case if you’re consuming a variety of sources. It can be overwhelming. With that said, we’ve put together a few different options for you to consume the actual bill and hopefully get a firmer grasp of whats happening and what you, your employees, or your business are entitled to.

First, the the primary source! Here is a shareable PDF of the complete document. Its 247 pages long so if you’re feeling ambitious and looking to pass some quarantine time, have at it…

You can also get the complete picture in its original language on congress.gov. The site has a text to speech feature for audio book fans, which is cool, but it’s in full-fledged robot voice, and not a C3PO or Jarvis voice that inflects or is emotive in anyway (or for some reason British). The congress.gov text to speech is more like Johnny 5 pre-lightning strike. Not an engaging performance.

Tech Crunch also did a pretty concise article outlining the various aspects of the bill, which we scaled down even further for our blog. Here it is:

***These benefits are typically reserved for “employees” (as the term is technically defined for tax purposes), aka someone with a single employer or employing entity that pays unemployment tax on their behalf throughout the fiscal year.

***That base amount is contingent on a few factors. A common formula to take bi-weekly, employed earnings and cut it in half (up to a cap that’s tied to the average earnings in that state).***

***This means that employees who formerly earned higher wages may receive a larger overall benefit check, but a smaller percentage of what they used to earn. In our home state of CT, the max is $594. So in theory, unemployed individuals could earn up to $1194 every two weeks.***

***Women-owned businesses, new businesses, or businesses run by “socially and economically disadvantaged” people will be prioritized.***

***There will be some oversight for how this money is divvied up and used. The bill provisions for an inspector general to oversee that process.***

*In an effort to get companies to spend the money on workers rather than self-enrichment, the bill includes a ban on companies buying back their own stock while receiving help from the federal government and for one year afterward.

***Both individuals and couples will receive an additional $500 per child.***